Winners and Losers in the Hospital Industry of the Next Decade 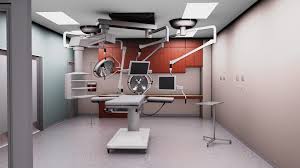 Medical Care from 2014 to 2024 (What Hospitals Can Do to Be Exceptional)  by Ben B. Boothe, Hospital Consultant

Who will be the Winners and Losers in hospital medical care for the future?   A few years ago, I went to Ecuador for a surgery. Doctors in the USA told me that I was crazy or misinformed or just had bad judgment, but I went anyway. "Hospitals in Latin America are below our standards", one Doctor at my Rotary Club told me.

Part of the reason, was that after I was diagnosed in the USA, I simply asked my Doctor what the procedure would cost. “No one has ever asked me that question.” He said and walked out of the room. Later the nurse came in and said that “We will have to get back to you on that. Everybody here just charges everything to their insurance and so when you asked for an estimate, you kind of blew the system.” After two weeks they gave me an estimate of $5,000 to $7,000 for my procedure, which would entail two days in the hospital. In America the trend is to get people "in and out" as quickly as possible.  It would seem that a system which is totally bound to an insurance system, is vulnerable to abuse and over billing the insurance companies, (and the patients). That is exactly what we have seen in the USA and is part of the reason healthcare costs have gone up so high. I was speaking to a friend who has several medical clinics and he told me that if a person is fully insured they would charge $1,000 for a stand up X-Ray procedure, and bill it to the insurance company. If a person has no insurance, he said: "We can still make a good profit and charge that person $300."   So, the insurance company will pay over three times a fair rate, just because they have become part of the system.  Global Perspectives interviewed a nurse who drove a mobile "X Ray Van" to go out and take x-rays of people in nursing homes, care centers or remote areas.  "Most of the time, when a patient breaks an ankle or a wrist one or two images is adequate." she said. "But, 90% of the time, we are told to do x-rays of the total body, which costs 20 times more and is unnecessary".  We asked her why. "Because they know either the federal government or insurance will pay for the overkill." she said.

So, even though I had Blue Cross Medical insurance,  I decided to go to Ecuador. I knew the doctor there, we hiked, fished and laughed a lot together. But he was a man of integrity and intelligence. He had done over 4,000 surgeries and never lost a patient. So when I checked into the hospital I had full faith and confidence in this doctor. The hospital was clean, but it was obvious that the facility simply was much more simple and "basic" than hospitals in the USA.  The hospital did not have, nor could it afford the modern technological equipment that we enjoy in the United States.

But there was something that they had in Ecuador that is often  missing in USA's hospitals. The staff was much more attentive and caring that anything I had ever seen in a North American hospital. They were not only professional, they actually were caring. The doctors didn’t come in for 40 seconds and hurry out, they were willing to sit on the edge of the bed and visit a while. And when the surgery was all over, the Doctors said that I could stay several days in the hospital if I wanted, unlike the "in an out" system in the USA. One doctor even invited me to stay at his home for a week 'to recover in comfort'.  I was apparently the first American who they had ever treated in that hospital and they were glad to have me. I decided, in appreciation for the good service, to throw a pizza party, and so the night before I was 'dismissed' I  organized a pizza party on my floor, had pizza’s and music players smuggled in, and that night, we saw to it that every nurse, doctor and assistant of the hospital got pizza and visited my new “disco room”, where we all laughed and had a nice time. In Ecuador they still talk about the "Texas gringo who bought us all pizza" at that hospital.   I have gone back there several times since, for various treatments and while they slowly are catching up on medical equipment and facilities, their stress on personal attention to patients has not lessened.  They tell me that I was the first of a trend, because as health care costs have increased in the USA, and as personal attention has decreased in America,  the "People First" concept is causing Ecuadorian hospitals to grow because more and more Americans are going there for surgical procedures.

On the day to pay my hospital bill that first time in Ecuador the total bill was $832 and my Doctor refused to charge me anything for his surgical labor.   $832 in Ecuador vs $7,000 in the USA. And the day I left, nurses actually came in and said “Good Bye” and seemed to really care. One hugged me and said that I was the best patient that she had ever had. That was pretty effective in aiding my recovery I think, because I was single at the time and needed the ego boost. I got several follow up letters months later from the hospital and staff inquiring as to my condition.

The Winner Hospitals of the future will:

Now I admire our great hospitals and the expensive modern technology that hospitals have in the USA. But hospitals have evolved from centers of healing and individual treatment, to resemble monopoly chips on a board, often owned 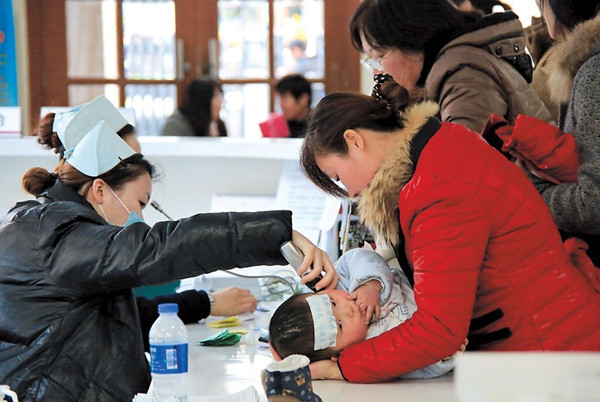 and controlled by businessmen who only want profits.  Now I believe the profit motive to be the heart of capitalism and efficiency. But as one who has spent a great deal of time researching the industry, we have found that hospitals which are managed with an ethic of "people healing" first, tend to do better in patient volume, loyalty, and long term profits.  The point is, that if a computer model to cut costs for other types of business is applied to hospitals it can have a detrimental impact upon long term value and profitability. Arbitrary "budget model spread sheet cost cutting" in health planning or hospital budgeting often leads to poor community marketing, lower quality personnel and higher legal expenses and higher losses caused by mistakes and lawsuits. If you wish to increase profits, then put people first, and "do no harm".

We have all seen the influence that giant pharmaceutical companies have had on medical care, and the huge impact that big insurance companies have on hospitals. These trends have to be reversed or at the very least re-thought.  Our hospital consulting business  in working with hospitals coast to coast has learned to identify hospitals that need change. For example we noticed one hospital in the Southwestern USA with a good location, good traffic, on a major freeway and in an affluent area that was almost empty.  It had great modern equipment, but we quickly found the problem. The ownership and administration were "greed bound" and used the hospital to squeeze every penny of profits that they could.  Doctors did not want to work there, and soon the facility was failing.  The stress was on dollars not on patient care.  18 months later, that hospital failed into bankruptcy.  Another hospital we looked at in New Mexico, had a brand new building, packed with modern technology and equipment. But the Chief of Staff told me, "We don't have enough trained support staff. So we still send our patients to bigger hospitals that have people with skills."  They simply were not offering enough money to attract quality people to their hospital.

We have also done appraisals, environmental studies and worked with over 55 major hospitals and even more small town facilities and find everything from greed, backward thinking and a lack of fiduciary responsibility for "human treatment and healing". So while I appreciate fine facilities and the best (and most expensive) equipment in the world, we again observe, that it does not guaranty the best healing, only the most expensive.

When my grandson was born, he had at least 5 monitors and computers hooked up to him, and he did well. But the key factor in his healing was skilled ad caring people.  We need to understand the best equipment and most expensive medicines do not necessarily give the best healing or help people to live out their lives with a happy quality of life.  Some of the biggest and most famous hospitals in the USA seem a little cold, and sterile. Some hospitals tend to "herd" the people through like cattle, punch, stick and test them day and night and then dismiss them by rolling them out of the hospital in a wheelchair and a brief 'Adios' and a huge bill. With the advent of the new national health care system, there will be temptations for the hospital industry to become even more sterile and distant, especially when trying to comply with new and confusing regulations. All the more reason for hospitals to strive to give not only professional service, but service with heart and compassion. Our hospitals need more empathy, more laughter, and more gentle compassion.   As a member of the Board of Governors of the Shrine Hospitals, I sit in long, detailed and complicated board meetings every month. But when I emerge from the board room and see a happy child, who we have just given a new leg, or a new foot or hand, there is a warm feeling that wells up within. Sometimes I want to sit and hug every one of “our kids” and their parents. But as a rule we try to protect them and their privacy.  But a kid who is a patient of a Shrine Hospital becomes a 'family' member and the staff and doctors follow that person until adulthood.  It is a sense of commitment to give them confidence that they have a health care 'team' behind them.

In 50 years the Shrine has given kids new hope, with the best of hospital care and treatment, and with a desire never to charge a kid or his parents a penny for medical care at our hospitals.

Perhaps that “caring” from the Board of Directors, to the Doctors, nurses and every Shriner, is why our hospitals have survived and even thrived, good times and bad. Dr. Kit Song is Chief of Staff at the Los Angeles Shrine Children's Hospital. He is a young, energetic, professional, brilliant doctor.  His goal is not financial gain, but instead he is true to the ancient spirit of treating and healing.  But he communicates an unspoken sense of 'care' for patients.  With a progressive and innovative spirit, he epitomises what a Doctor should be to the new emerging hospital system in America.

Yes, we want the best hospitals, the best equipment and the most talented doctors and nurses. But we also need to have a caring, warm, compassionate approach to medical care, which offers the psychological healing and encouragement so important to overall health. The hospitals that can pull that off, will be the leaders in the industry over the next decade. And to answer the question of winners and losers?

Patients of these 'better' hospitals will be the winners!