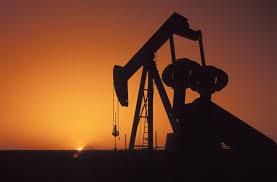 Every state official complains of lack of funds, but no one can complain about financial proceeds generated by oil and gas production in Texas and New Mexico in 2013.  2014 looks like it will be another bonanza year as well.  The Texas fund is well nick- named, because when a portion of funds from oil production on "Texas lands" is set aside it is put in the “Rainy Day Fund”.

We should hope that Texas and New Mexico will use these funds to expand renewable energy development, for the day when the oil and gas runs out.

Recently we interviewed Norman Lindley, and Mike Hunicut, both well informed and substantial investors in oil and gas.  A topic was a difference between projected production of new gas wells using fracking technology.  Both told me of instances where 'fracked wells' showed a much shorter useful life than projected. While most industry (and banking) experts had predicted an average useful production life of 20 to 25 years from these new wells, the average fracked gas well throughout the industry  is only sustaining economic production for about 5 years.  Production for the first 12 to 18 months is great, but the production curve drops steeply in the 4 and 5th years, substantially reducing economic life of these wells.  So, we at Boothe Global Perspectives  again urge our opinion and advise:

“Be wise, set money aside and invest it in renewable energy, while production is booming,  to replace energy we have depleted.”

The price of oil is up, as Global Perspectives has repeatedly projected, but as our economic studies at The Boothe Companies indicate, the window of opportunity from gas  shale wells may be limited. We will say it yet one more time. Use a portion of that money to develop new, renewable sources of energy.  Even in Biblical times, Egypt was advised by Joseph to store grain in times of agricultural good crops, to be there for times of famine.  You as one of our readers have a voice and "more light" and you should demand that our leaders be wise in the allocation and use of these funds and don't just 'poop it off' on typical political whims.  These funds can impact people, jobs, future, fortune and security if used with wisdom.

New Mexico’s financial bonanza, has most of its oil and gas production in SE New Mexico.  Towns and cities such as Hobbs, Artesia, Carlsbad and Los Cruces are showing job growth, new city development and higher wages, because of their energy industries.  This  means record earnings for the State Land Office.

New Mexico's oil and gas boom and more than a dozen new renewable energy projects have resulted in record earnings of more than $670 million for the state’s Land Office – boosting funding available for public schools, universities and other trust beneficiaries.  Land Commissioner Ray Powell said 2013 marked the biggest year in the agency’s history.  In the last three years, Powell told Associated Press, that their Land Office has generated about $1.7 billion through oil and gas royalties and revenues from grazing, rights of way, and other leases with developers and renewable energy companies.

Texas is doing well too. That rainy day fund has reaped a bonanza and is now citing an amazing projection that by the end of 2014 it will have grown to level of $8 billion.  The Permian Basin in West Texas, Barnet Shale in Fort Worth, and Eagle Ford shale in southwest Texas have been major contributors to replenish Texas' "rainy day fund".  Of course their old Permian Basin of West Texas has been pumping wealth into the state budget for 50 or 60 years and continues to pump, although thousands of wells have depleted and been plugged.  But a combined overall picture of Texas oil and gas production has benefited universities, state highways that often are better than interstate highways, infrastructure such as bridges, reservoirs, dams, ports. There is a huge and broad benefit in Texas because of the fund.  Fort Worth,  and numerous cities throughout west Texas have drilled wells on city owned land, creating another budget bonus from gas and oil drilling. Sweetwater, Texas has used promotion of Wind Energy, as a jobs and economic bonanza for their public and private coffers. Solar projects have not caught on in Texas as much as in New Mexico, Arizona and California, but solar PV is gradually coming on.

Multiple shale projects in the Permian Basin along with Barnett shale and Eagle Ford shale, coupled with new technologies to extract oil and natural gas, and the largest Wind Power production in America have made Texas number one, leading energy-producing of any state. But back to our point, these industries have also replenished the Texas Economic Stabilization Fund (Rainy Day Fund).  Susan Combs, state comptroller, said last month that this fund could be at a level of $8 billion at the start of Texas' 2015 legislative session.

Consider, Texas and New Mexico combined will have almost TEN BILLION DOLLARS available.  We at Boothe Global Perspectives say on behalf of the people, our kids and grandkids 'USE IT WISELY'.