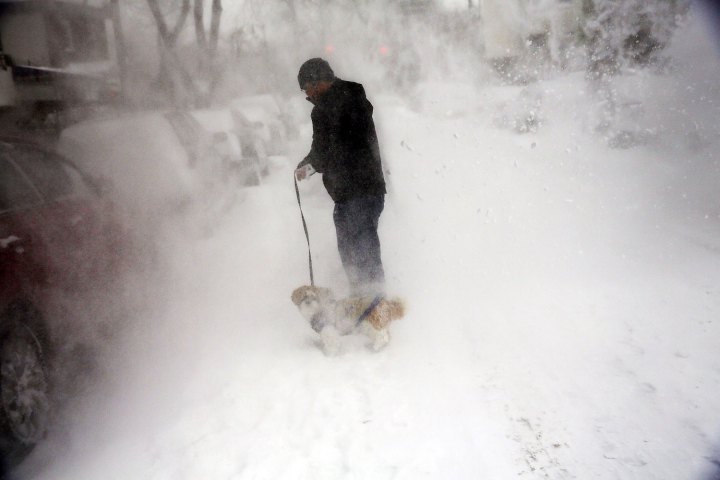 Al Gore told America about Global Warming (with 95% of the scientific community behind him), a decade ago. He predicted that the world would experience extreme and unusual weather events because of global warming. In the past 10 years weather has been more erratic than ever. Is Global Warming to blame for these hurricanes, deep freezes and floods? Many in Washington D.C. discounted this because they opposed Gore for political reasons.

But by politicizing the issue, they made a great mistake, because it appears that Mr. Gore, and knowledgeable scientists and weather experts, were right. He communicated trends that scientists have been concerned about for years and used his celebrity to get the scientific data broad exposure. So, we can now put aside politics, this is not a liberal or conservative issue, it is scientific fact.

We at Global Perspectives continue to examine science and personally travel and inspect our world to enable us to make independent enlightened conclusions. Our reports to you are based not upon "paid agenda" of any source, because we do not sell ads or charge fees for publishing Global Perspectives.

Our publication is not for profit. We contribute our best efforts to understand and observe the truth and report it to our audience of thousands of readers in 30+ nations.  Our family of global friends, give us reports and insights from 30+ nations, and weather is becoming a "hot" (or cold depending upon your location) subject.

Our audience ranges from 2,000 to 20,000 direct readers, 170,000 You Tube viewers, and extended quotes or re-publication of our articles through newspapers and magazines that can range from the Times of India to local and regional publications, with circulations that can range from thousands to hundreds of thousands. Our sources are public sources and our family of some 5,000 plus members of our "Global Family" of people throughout the world. All of these sources tell us that weather, climate change, and weather extremes are becoming more pronounced and more costly to our world.

It is hard to fight Mother Nature: 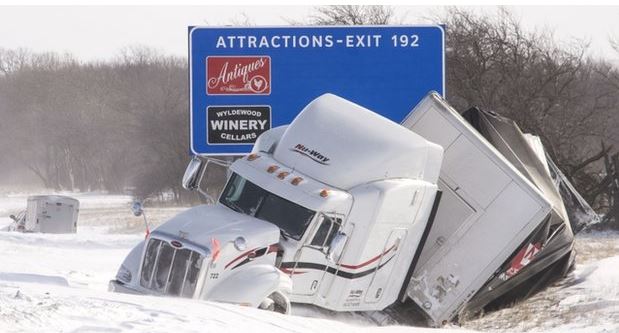 In late 2013 and early 2014 the USA was hit by a massive cold deep freeze. This followed 7  years of floods, earthquakes, droughts, as well as unstable destructive storm systems throughout the world.  The "Artic Vortex" of early 2014, impacted 160,000,000 Americans according to U.S. weather officials. 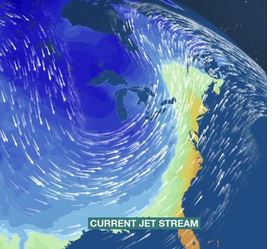 Death, injury and economic disruption was significant. Some ask, "How can the coldest weather in 40 years relate to climate change, perhaps all of this extreme weather is just a coincidence."  So, is it related to Global Warming, or  just "normal weather cycles" ? Others note that this increase of extreme weather is directly related to the billions of tons of CO2 we continue to pump into our atmosphere causing basic changes to weather patterns. Note the current Artic Vortex and then note the impacts on the surface temperatures.

This extreme and unusual weather causes dramatic drops in surface temperatures, as seen below:

Record cold fits the "extreme weather" predictions, that relate to long term global warming trends, as weather systems are altered throughout the world. Researchers say that the extreme weather has been increasing as CO2 emissions into the atmosphere have increased.

Experts say that when high level pressures occur over the Arctic, it can lead to weaker westerly winds that can trap cold air closer to the North pole.

John Wallace, a weather expert with the University of Washington reports that when the jet stream weakens, cold Arctic air will move south, throughout the USA, Canada, Europe and Asia. It is called "Arctic Oscillation" and when it is in a negative state it causes unusual cold air to go south and warmer air to go north (thus melting of glaciers and so forth in the north).

2009 was one of  the hottest years on record in most of the USA, because of a jet stream that was 500 miles further north than normal. But this winter jet stream weakened and it also allowed radical cold snaps.  But this instability caused by changes in weather patterns has been happening more and more often creating economic and social  disruption. Storms, floods, blizzards, droughts, coming at unexpected locations, at unexpected times, can create havoc on people and property.  Entire traffic, energy and communications systems can be disrupted, not to mention the cost in human lives.

In early 2014 a "Polar Vortex" allowed freezing air from the North Pole to rush all the way south to the Gulf Coast of the USA. From the Arctic, it went south as far as Galveston, Texas and as far northeast as Buffalo, New York, and also all points in between. The nation was buffeted by arctic cold, snow, ice, and freezing winds which pushed icy waves over sea walls and knocked over unnumbered icebound trees, buildings and power lines. Even the people of Minnesota, who are accustomed to cold weather, found it so frigid that Governor Mark Dayton cancelled school statewide, and schools as far south as Washington, DC  and as far east as New York City were closed. Thousands of flights were cancelled creating havoc in aviation. Trucking and even rail delivery of food, fuel and supplies was impacted.  The economic expenses and impacts to a nation paralyzed by ice and snow are so massive, that they are impossible to even quantify. But when 1/3 of a nation cannot function, it has huge consequences.

The last 10 years of weird weather gives us reason to ponder and question, "Is this because of global warming or are these just normal weather events?". NASA's Goddard Institute for Space Studies (GISS), whose director James Hansen, a leading researcher on global weather said: "There is no global 'cooling' trend. Until humanity brings its greenhouse gas emissions under control, we can expect each decade to be warmer than the preceding one."

The National Climatic Data Center (NOAA) has excellent data on the state of the climate. Their research shows a steady increase in "Climate Extremes" from 1910 to the present.  Since 1970 and especially over the past two decades (with 2013 being the worst year since 1910), "Climate Extremes" have had an upward trend. NOAH points to impacts on society: "Climatic factors such as temperature, rainfall, snowfall, cloudiness and winds have a significant impact upon many aspects of the nation's economy as well as human health and quality of life."  Note the green trend line in the "tropical cyclone" chart below. The last 30 years have indicated higher and higher "unstable massive storm activity" which parallels the increase in CO2 emissions into our atmosphere.

That means that things such as alterations in paths of jet streams and gradual changing weather patterns may be radical and dangerous. Expect more typhoons, radical tornadic storms, deep cold events, horrid heat droughts, floods, hurricanes and an unsettled weather future. While these cold and hot spells are changing as a result of naturally occurring patterns, the extremes are consistent with a world that is gradually warming. 2 weeks ago, I sat with two experts on nature, one a leading and well known rancher and writer in New Mexico, another a 90 year old farmer in Texas. These aren't scientists, they are people who have watched, studied and lived with nature as a matter of business survival for almost a century.  They do not carry PHD's but they do carry hard won knowledge of actual detailed observation of weather patterns. 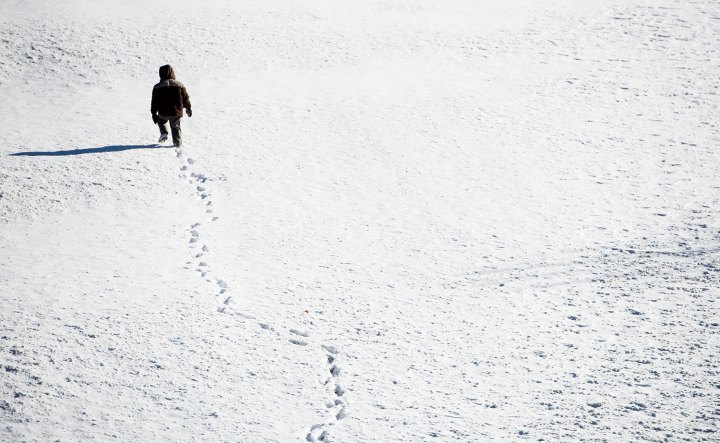 Edithia Bartley, is a cattle rancher, author, writer, and lives at the base of the Sangre De Christos Mountains, of Northern New Mexico. She told me: "The snow pack, the glaciers, which are only 2 or 3 miles above our ranch, are the source of our rivers and streams. For the past 100 years ranchers here, below the glacier,  planned, ranched, planted, purchased and sold cattle on the basis of the ice/snow pack. When it declines or melts to a certain level, we know that our streams for irrigation and stock water will cease. Over the past 7 years, we have gradually, seen the glacier snow pack shrink. No doubt that our weather has gradually warmed, precipitation has declined, and forest fires have multiplied.  Every rancher in this area knows this, we deal with it every day."

We got a similar report in West Texas.  17% of the active farms in Texas have either been closed, sold or allowed the land to go fallow (from cultivation into raw grassland), ion recent years because of drought and lack of rain over the past decade. In 2012 over 50% of the farming/ranching area of Texas was classified as a "disaster area". Pauletta Middleton Daniels reports: "I will soon be 90 years old, and our family has several sections (a section is 640 acres, or a square mile) of farmland, which has been in farmed by us since the turn of the century. Drought, and weather issues, have made farming harder and harder.  Lakes have tried up, streams stopped flowing and underground irrigation aquifers have declined."  The USDA has confirmed and reported record drought and farm "closings and auctions" over the past few years because of long term weather issues. Farms and towns in West Texas are often simply "dried up".

NASA and OSHA, provide scientific data and report observations and facts, while on the ground ranchers and farmers such as Edithia Bartley, and Pauletta Middleton Daniels all confirm pragmatic data that explains this strange and changing weather.  It would appear that long term and short term trends confirm Global Warming and all indications are that the changing climate causes unstable and radical weather extremes.

If you don't believe it just ask that child walking across a playground of ice and snow in an area that normally is clear this time of year.

Our thoughts and suggestions are many. The federal government can do some things, state governments scan adopt water planning and financial support. Local counties and communities must find ways to conserve, teach and plan for drier and hotter years ahead.  New types of water systems must be introduces such as the new technologies for desalination.  New types of farming and ranching practices must be adopted. New types of crops must be utilized. And new types of water storage and water transportation, must be implemented to avoid losses coming from leaks, inefficiencies and evaporation.  The future of our entire agricultural way of life is impacted by this. A look a history demonstrates that when nation's dry up, and cease to be able to provide adequate water, that the economy and social cohesiveness also is destroyed. Nations and regions that have not properly planned and adjusted, have simply died.

Global Perspectives recommends a program of public education on the serious nature of Global Warming, and get beyond the political demagoguery which simply stops progress and stops logical efforts to deal with the problems we are facing. We can gather experts and hold meetings to report the facts and what some visionary leaders are doing or proposing.  But, the people of America must wake up and deal with water issues, caused by weather issues, that impact economic and community issues.