JAPAN "GETS THE POINT" AND MOVES INTO SOLAR 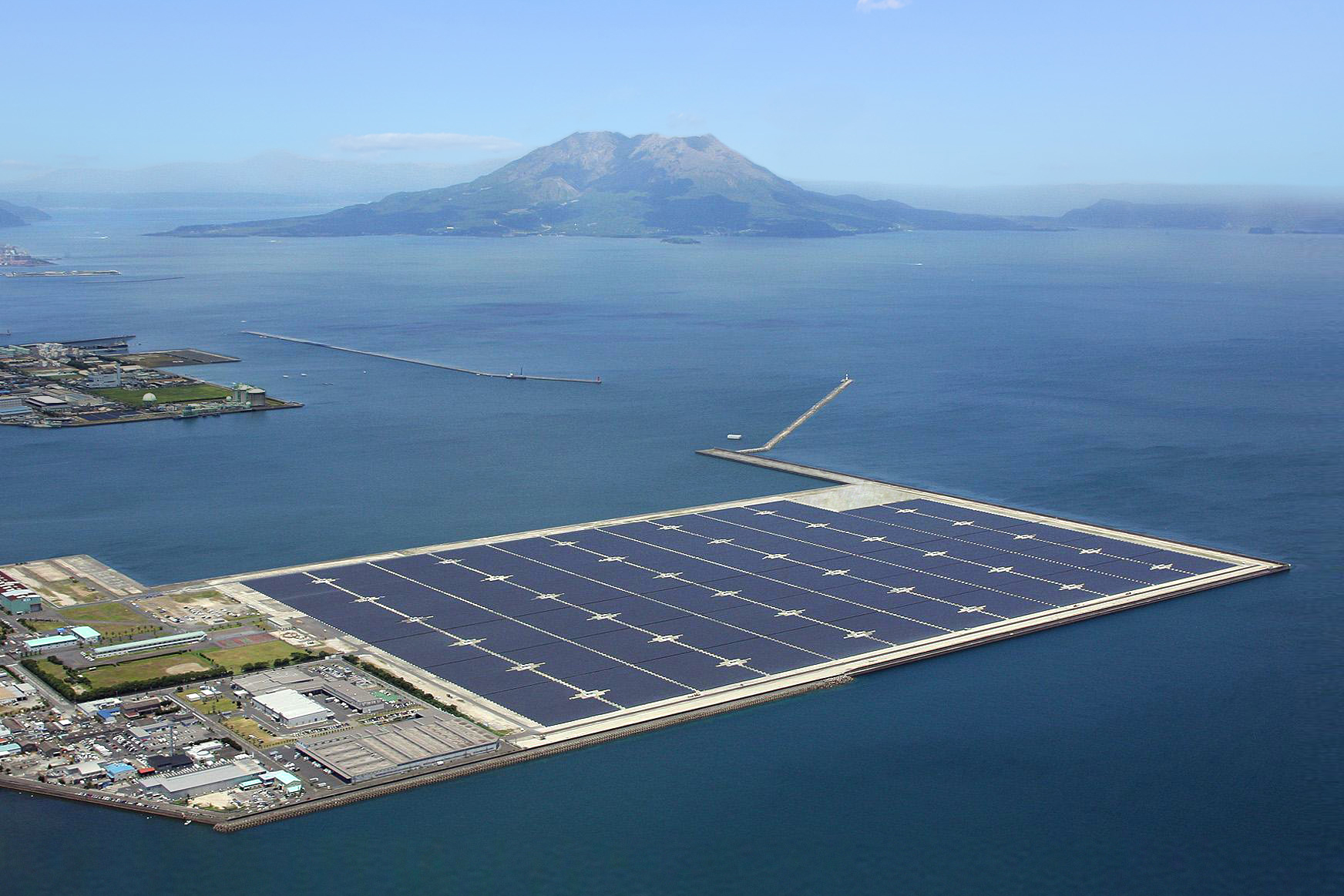 It looks like some idealistic architecture student’s vision for the future of sustainable energy production. In fact, it's a photo of a real-life solar plant that went into operation on Nov. 1 in Japan.

This is what happens when a country confronts the real costs of nuclear and fossil fuels.

The Kagoshima Nanatsujima Mega Solar Power Plant, built by the electronics manufacturer Kyocera, boasts postcard views of Kagoshima Bay and Sakurajima volcano. It’s also Japan’s largest, with a capacity of 70 megawatts. That’s enough to power some 22,000 Japanese homes. The $280 million project is part of a national effort to invest in clean, renewable energy as the country continues to grapple with the fallout of the Fukushima nuclear disaster. The country’s new feed-in tariffs have made it one of theworld’s fastest-growing solar markets.

This sort of sprawling solar-panel farm is hardly the most efficient form of power generation in terms of either cost or the amount of land required. Still, it makes more sense when you consider that Japan has been dealing with soaring energy prices in the wake of a disaster that threw into question its entire nuclear-power program. While solar is clearly more expensive than nuclear power, the Washington Post noted in June:

Most consumers think that sacrifice is worthwhile, and they say nuclear power has hidden cleanup and compensation costs that emerge only after an accident. Fossil fuels, meanwhile, release harmful greenhouse gases and must be imported from Australia, Russia, Indonesia and the Middle East.

In other words, this gorgeous solar plant is what happens when a country comes face-to-face with the full societal costs of more traditional power sources.

To promote the project’s beauty, Kyocera has opened it to the public, offering tours and building a circular viewing room with sweeping vistas and science exhibits. AsCnet’s Tim Hornyak notes, it isn’t the country’s first solar-themed attraction: There’s also Panasonic’s Solar Ark, which turned recalled Sanyo solar cells into a stunning display of how photovoltaics could be incorporated into a building’s design.

The United States, meanwhile, is building some impressive solar projects of its own. Brightsource’s Ivanpah plant may not be quite as aesthetically pleasing as the Kagoshima project, but at 377 megawatts  it’s more than five times as powerful. And while there’s no public viewing platform, you can take a virtual tour of the Ivanpah solar power plant here.