Cuenca Ecuador, A Beautiful City, in a Fog of Fumes 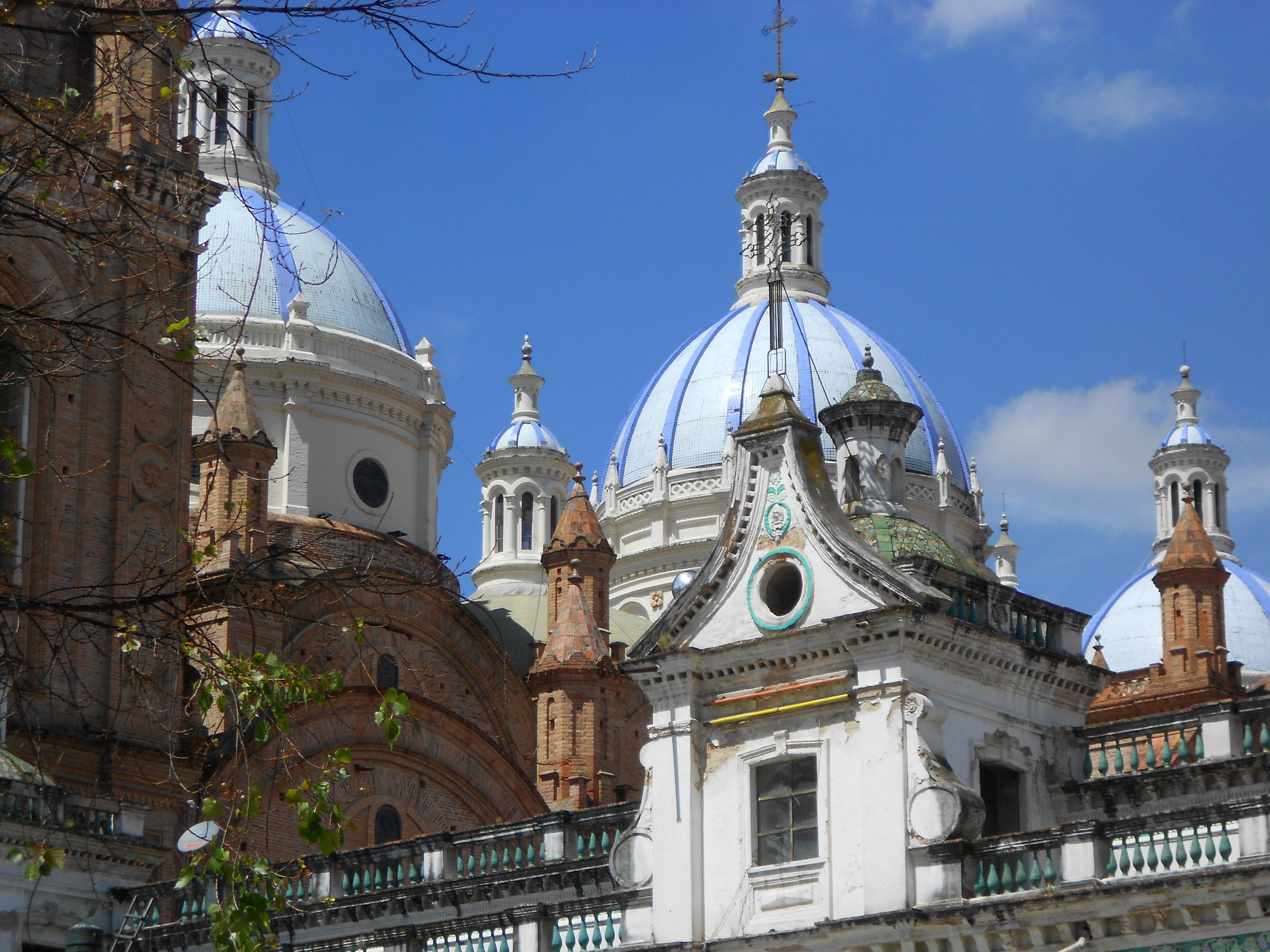 Recently while visiting Cuenca, Ecuador, I noticed that the level of smog and fumes in the city, particularly downtown and major streets to and from the city business districts, has become much worse in the past 4 years.  It was so intense that after a walk of an hour, in downtown Cuenca, my lungs filled with congestion, and within 4 hours, I was so “choked up” that I had to find a medical prescription.

Part of Cuenca's charm is that it is surrounded by mountains, with several rivers all coming together, creating an almost "Swiss charm" with the old Spanish archetecture, tile roofs and colorful accents.  Cuenca has always seemed like a charmed place and the people who live their love their city.  But Cuenca is slowly being choked by fumes, toxins and gasses from their busses, older vehicles and old trucks.  The city leaders have seemed unable to deal with the issue which is killing their citizens, especially the children who are the most suspectable to air pollution.

Every day, my wife and I walk and explore, where ever we are.  But in the beautiful city of Cuenca, the fumes from public busses, trucks and taxis was so intense, a layer of foggy pollution filled the narrow streets downtown, and even large 4 lane thoroughfares were sickening to walk alongside. As I watched the people of Cuenca, I noticed many were coughing,  as the bus and truck exhausts enveloped them. Outdoor vendors selling ice cream and pastry goods didn't seem to mind that their products were being covered with Sulfer and Nitrogen Dioxides, toxic to them and their children. 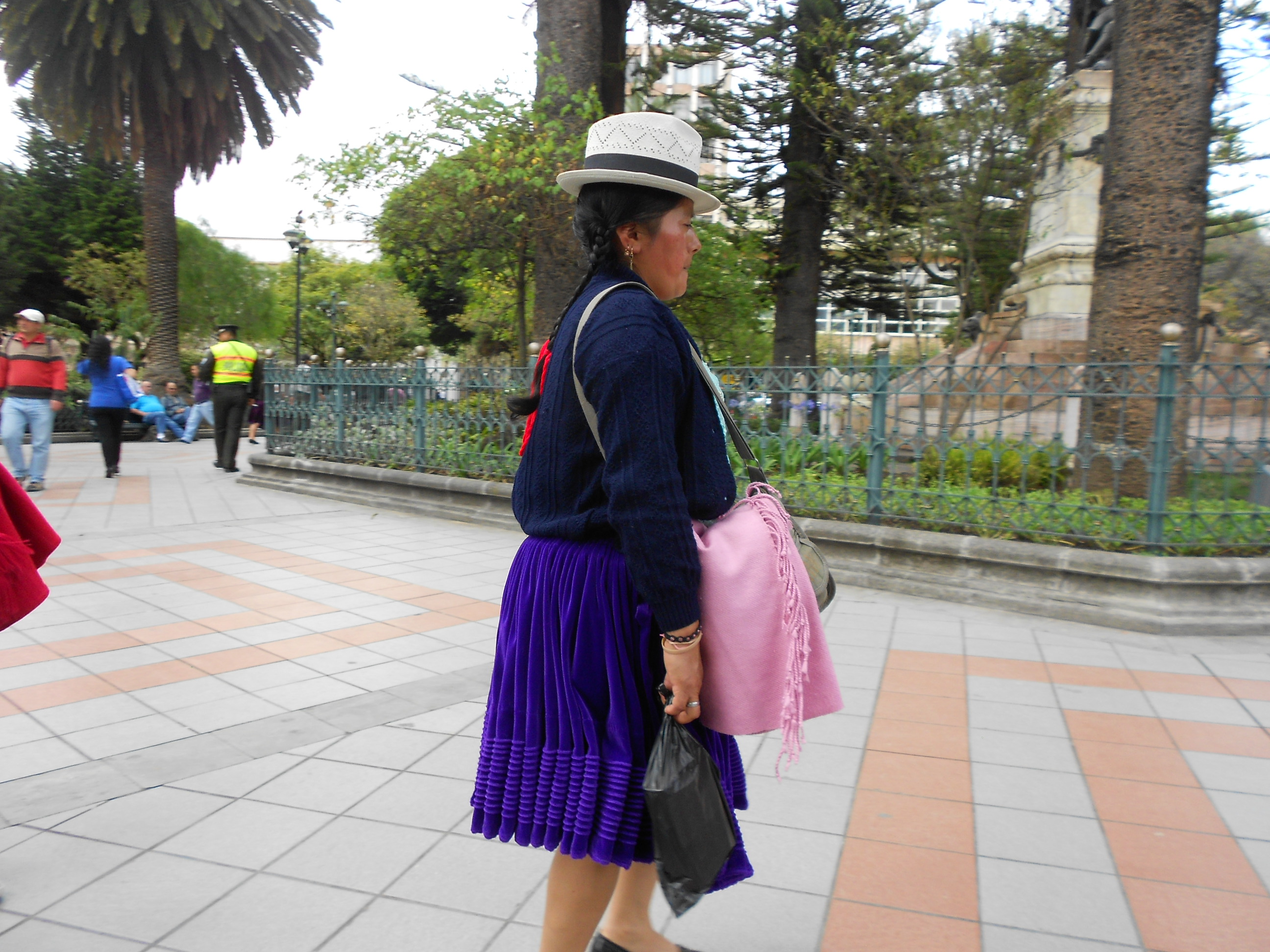 Every house wife knows that Carbon Monoxide can be deadly.  That is why people “vent”  heaters, stoves, fireplaces and even ovens in homes.  But Sulpher Dioxide and Nitrogen Dioxides are highly reactive gasses which form quickly from cars, trucks and buses as well has large equipment.  They not only help form ground=level ozone but also fine particle pollution (which penetrates deeply into nasal and lung tissue).   And these fumes that spew out of the buses, trucks and taxi's are also deadly.  Imagine having one of the most beautiful cities in the country and allowing a "toxic cess pool" of airborne poison to gas every person who walks down the streets.

If the level of pollution particals from vehical exhaust exceeds .053 parts per million (53 ppb) averaged annually, or 100 ppb averaged per hour, there are huge health impacts.  Cuenca’s levels far exceed this.  It causes asthma, can lead to many illnesses and even heart failure. Most research confirms that it is carcoginic. Children and those with lung issues are particularly vulnerable.  Cuenca (a beautiful and lovely town) is literally allowing the buses, trucks, and older vehicles to poison its people and there is no way to measure how many become ill or die because of the pollution.

Maria Caridad Vazquez, an educated and progressive thinker, has long been considered one of the nation's brightest upcoming leaders. When she was on the city Council, she had the early vision to bring this issue before the city Mayor and council leaders repeatedly years ago. She identified the problem, predicted that it would get worse, and called for city leaders to take action.  She saw the need for cleaner air, cleaner buses and regulations to deal with the coming "gridlock" of dirty vehicles, smoking up the city. She called for lower toxic pollution in the city.   Maria Caridad Vazquez, unlike most politicians, researched the issue and made repeated recommendations to clean up the air, by new enlightened policies on bus, vehicle and truck pollution issues.  She had traveled to the USA, Cuba, Japan and saw what the world had learned that in the long run, cities become more prosperous and their people more healthy, when cleaner fuels and better transit and delivery systems are utilized. Her predictions have come true and the city has still yet to impliment the solutions she envisioned in spite of efforts by successive Mayors and good people. While promises of clean busses, trucks, vehicles and a future mass transit system are discussed year by year, thousands of people become sick annually but rarely is accusing finger of the cause of death pointed at a city, which has failed to protect it's clean air.

No doubt,  new industry hesitates to locate in cities that will not “clean up” their acts.  But as in every other city on earth, which has dealt with this issue, the sources of pollution, the taxi companies, the truck drivers and the city bus entities, often oppose efforts to encourage them to “clean up their act”.  I am from America, but do research and work throughout the world, so mine is a "Global Perspective".  I am reminded that in New Delhi, India, the air became so toxic, it was a cess pool of fumes and haze. A simple one hour taxi ride, would require a change of clothes and a shower, the air was so filthy. Finally city leaders in New Delhi passed a law that all buses and vehicles were forced to switch to natural gas. There were violent riots from angry taxi drivers…but astonishment abounded when in less than a few months after the change, Delhi’s sky actually became blue some days and millions of residents noticed how much cleaner their city became.  Tourists poured in, taxi drivers made more money than ever.  Now, those formerly angry taxi drivers of India now see how much cleaner and better the new fuel system has been for Delhi.  Plus they and their children may live longer to enjoy their new cleaner city. Cuenca's issue is primarily caused by city bus fumes and older truck and delivery vehicles.

Sometimes the solutions are created on a national level. In the USA, when airborne lead was found to be caused by trucks, vehicles, and buses, “unleaded gas” was introduced with strong encouragment from the Federal Government and airborne lead dropped by 94%.  Fuel economy standards have increased fuel economy substantially.  As for me, I drive a car that gets 48 miles per gallon, all encouraged Federal efforts to pressure manufacturers to "do better".

Dr. Maria Joshe Vazquez, is another bright mind in Cuenca.  She is a leader in a public agency which includes senior citizen issues, including health.  She regularly makes public comments and appears on a regular TV program to report and educate the public on health matters. She has made efforts to improve the health of local citizens, by bringing in experts and recently brought in a food and diet expert from Portugal to help in public education. Dr. Maria Joshe Vazquez sees the importance of health issues, from Seniors to Children. One concern to the elderly and children is "particulate matter", known as PM (smog).  PM that is less than 10 Micrometers in diameter pass through the nose and throat and enter the lungs.  When PM enters the lungs it impacts the brain, heart and lungs it causes serious health problems. There are two levels, one being “inhalable course particles”, near roads and dusty industries and these are between 2.5 micrometers and 10 micrometers in diameter.  “Free particles” are in have, smoke and fog and fumes are 2.5 micrometers in diameter or smaller. They can come from forest fires, gasses, automobiles, buses, trucks. They have hundreds of chemicals, including dioxides and nitrogen oxides, which go to the lungs, the brain and impact the heart and other parts of the body.  The EPA of the USA says inhalable particles (fine and course) of 10 micrometers in size are dangerous to health and should be regulated…but again, business, trucking companies, taxi companies, have fought and opposed efforts throughout the world, to make people clean up their air and their equipment emissions.  This costs cities, states, and countries, hundreds of billions of dollars per year in public health costs as people simply become sick and die, while no finger is pointed at the causes of this disastrous pollution.  But guess who is hurt the most by this type of pollution? 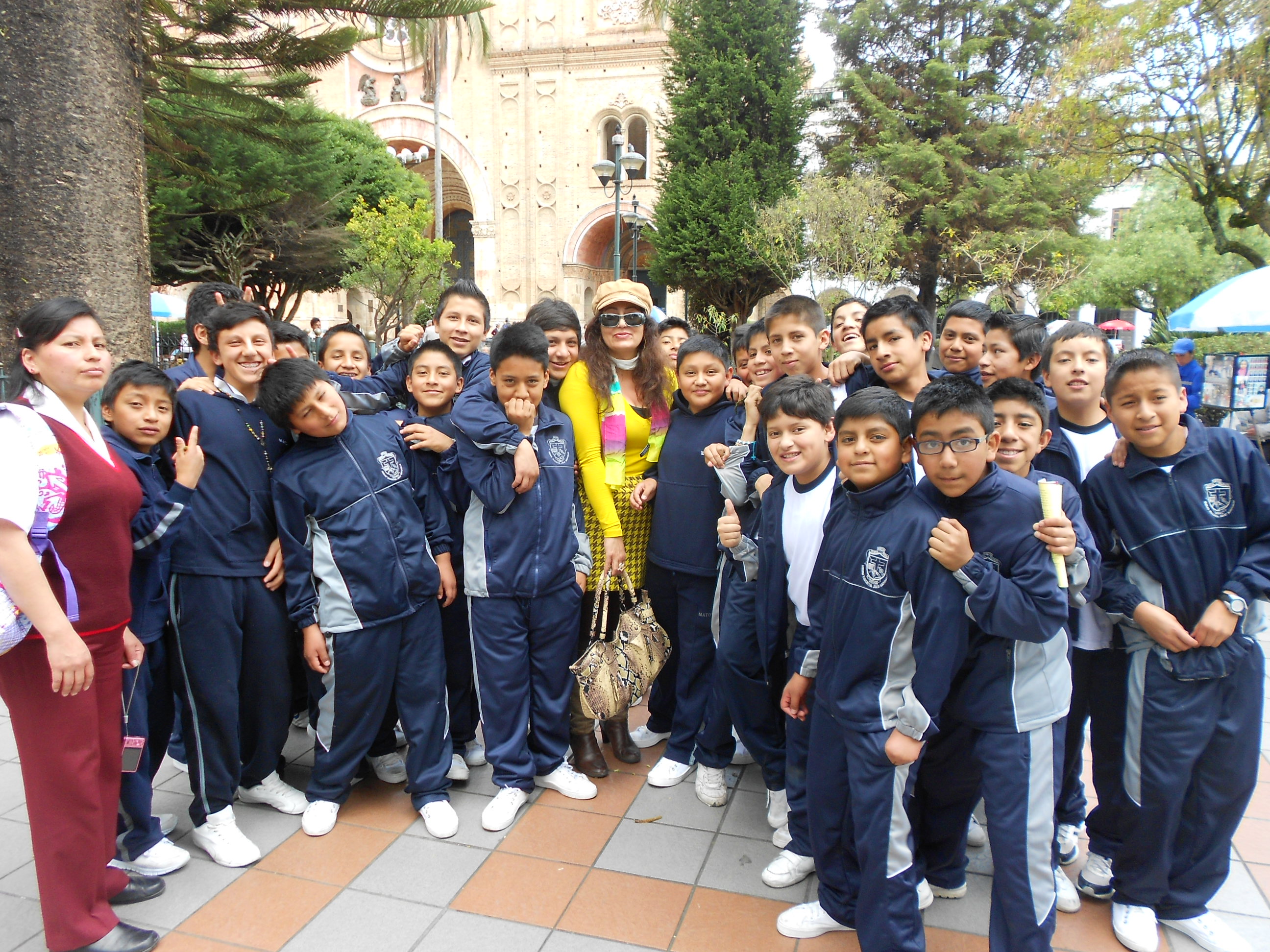 Medical and scientific research has proven the following health issues, caused by these “small particles” of pollution in the air:

A study of 200 dogs, with extensive documentation was conducted in Mexico City, in 2002, because their “mouth breathing” is similar to humans.  The heavy pollution of Mexico City is well known and proven.  Dust was found to damage the lung tissues and break down capacity of the nasal passages to block substances from entering the brain. Specific brain damage was noted in this study, with a much higher incidence of Parkinson’s disease and Alzheimer’s disease.  This study can be read in detail at:

CONSIDER THIS. THE AVERAGE ADULT BREATHES 3,000 GALLONS OF AIR PER DAY. How many pounds of polluted particles do you, or your children suck in every day?

AS BAD AS THE FUMES FROM TRUCKS, BUSES AND VEHICLES ARE, THE FUMES AND PARTICLES PRODUCED BY OTHER SOURCES SUCH AS:

As I consider the beautiful people and town of Cuenca, Ecuador, I know, that I criticize it because I love it so much. It is truely a gem in the country of Ecuador. Excellent location, climate, outstanding thinkers, intellectual treasure. It is because I love this city so much, that I take the time to give constructive criticism.  Cuenca, you have been great and are perhaps the best place in Ecuador to live.  But, as a friend, I say, clean up your air.  You have produced some of the great thinkers and leaders in your nation, yet you have not managed to clean up your own air.  Consider, the great ancients of history said that there are 4 sacred elements, to be cherished and respected at all costs.  Fire, Water, Earth and Air.  You have neglected one of the 4 essential elements for survival. History, religion, tradition and common since has taught the world for thousands of years, "If you fail to respect the essential elements for survival, you will suffer." 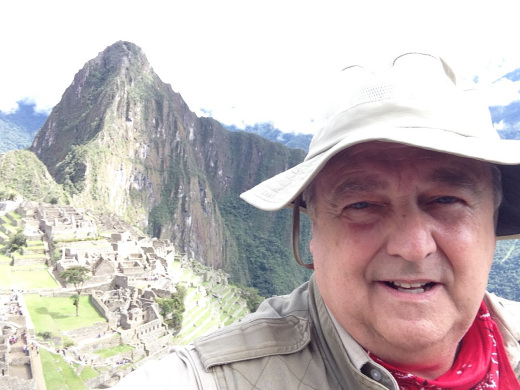 The Inca’s Were Progressive Engineers

Machu Picchu was built with an idea that a town could be self sustaining, by proper engineering of the buildings, creating a watering system with individual farm plots that was situated in such a high and remote place that they would be secure from invasion and wars.

If you haven’t been there you should check it out. It might make you wish that our nation was a bit more progressive, while being a sensitive to nature as the Inca were.