NICOLE WINFIELD and RACHEL ZOLL  WROTE THIS ABOUT THE POPE'S AMAZING COMMENTS.

Originally published by AP, with our thanks and credit to AP and these writers for this story. Finally a Pope of compassion and love! We at Global Perspectives appreciate this and know our readers around the world all appreciate a religious leader, who actually speaks words of love and compassion, not judgement and condemnation.  BBB 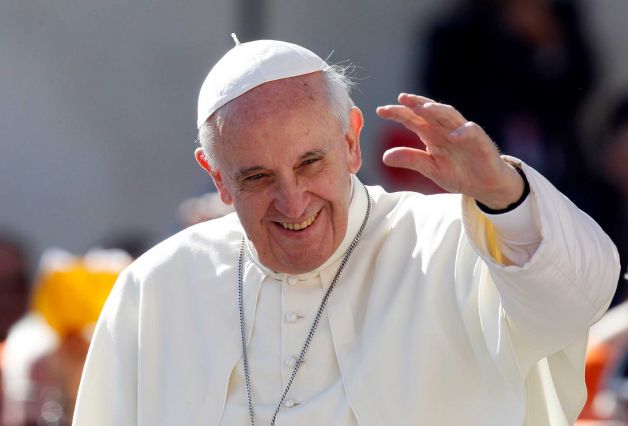 VATICAN CITY (AP) - Signaling a dramatic shift in Vatican tone, Pope Francis said the Catholic Church had become obsessed by "small-minded rules" about how to be faithful and that pastors should instead emphasize compassion over condemnation when discussing divisive social issues of abortion, gays and contraception.

The pope's remarkably blunt message six months into his papacy was sure to reverberate in the U.S. and around the globe as bishops who have focused much of their preaching on such hot-button issues are asked to act more as pastors of wounded souls.

In interviews published Thursday in Jesuit journals in 16 countries, Francis said he had been "reprimanded" for not pressing church opposition to abortion in his papacy. But he said "it is not necessary to talk about these issues all the time."

"The church's pastoral ministry cannot be obsessed with the transmission of a disjointed multitude of doctrines to be imposed insistently," Francis said.

"We have to find a new balance; otherwise even the moral edifice of the church is likely to fall like a house of cards, losing the freshness and fragrance of the Gospel," the pope said in the 12,000-word article, based on interviews conducted by a fellow Jesuit, the Rev. Antonio Spadaro, editor of La Civilta Cattolica, a Rome journal for the religious order.

"The church sometimes has locked itself up in small things, in small-minded rules," Francis said. "The most important thing is the first proclamation: Jesus Christ has saved you. And the ministers of the church must be ministers of mercy above all."

The comments contained no change in church teaching, and the pope said reform should not happen quickly. Still, it was the pope's clearest declaration yet of a break in tone and style from his immediate predecessors.

John Paul II and Benedict XVI were both intellectuals for whom doctrine was paramount, an orientation that guided the selection of a generation of bishops and cardinals who now face making a dramatic turnabout in how they preach.

The interviews were conducted by Spadaro over three days in August at the Vatican hotel where Francis has chosen to live rather than in the papal apartments. The Vatican vets all content in Civilta Cattolica, and the pope approved the Italian version of the article, which America magazine, the Jesuit journal in the U.S., translated into English.

The admonition will especially resonate in the United States, where some bishops have already publicly voiced dismay that Francis hasn't hammered home church teaching on abortion, contraception and homosexuality - areas of the culture wars where U.S. bishops often put themselves on the front lines. U.S. bishops were behind Benedict's crackdown on American nuns, who were accused of letting doctrine take a backseat to their social justice work caring for the poor - precisely the priority that Francis is endorsing.

"I think what Francis is doing when he's talking about these hot-button issues, he's not saying one side is right or the other side is right. He's saying that arguing over these things gets in the way of the work that Catholics are supposed to be doing," said David Cloutier, a theologian at Mount St. Mary's University in Maryland.

"This suggests a really different vision of what the church should look like in the world. It's not a defensive vision. He comes out and forthrightly says we don't have to talk about these issues all the time. I can't help but see this as a potential rebuke to American leaders who have focused on these issues."

Just last week, Bishop Thomas Tobin of Providence, R.I., said in an interview with his diocesan newspaper that he was "a little bit disappointed" that Francis hadn't addressed abortion since being elected. But Carol Tobias, president of the National Right to Life Committee, said Francis' comments on abortion do not indicate any change in the church's commitment to the issue.

"Pope Francis is reminding us that when we discuss the issue of abortion, we are not talking about some abstract issue or procedure. Rather, we're talking about situations that involve mothers and their unborn children, and we must be mindful to help them both - something the right-to-life movement works to do every day," Tobias said.

Two months ago, Francis caused a sensation during a news conference when he was asked about gay priests. "Who am I to judge?" about the sexual orientation of priests, as long as they are searching for God and have good will, he responded.

Francis noted in the latest interview that he had merely repeated Catholic doctrine during that news conference - though he again neglected to repeat church teaching that says while homosexuals should be treated with dignity and respect, homosexual acts are "intrinsically disordered."

But he continued: "A person once asked me, in a provocative manner, if I approved of homosexuality. I replied with another question: 'Tell me: when God looks at a gay person, does he endorse the existence of this person with love, or reject and condemn this person?'"

"We must always consider the person. In life, God accompanies persons, and we must accompany them, starting from their situation. It is necessary to accompany them with mercy. When that happens, the Holy Spirit inspires the priest to say the right thing."

New Ways Ministry, a Catholic outreach to gays and lesbians that has been rebuked in the past by church leaders who accused ministry leaders of straying from church teaching, called Francis' comments "a new dawn." Equally Blessed, an advocacy group for gay and lesbian Catholics, likened Francis' remarks to "rain on a parched land."

"Catholic progressives are wondering if we're dreaming and going to wake up soon," said John Gehring, Catholic program director at Faith in Public Life, a liberal advocacy group in Washington. "It's a new day."

The interview also showed a very human Francis. He seemingly had no qualms about acknowledging that his tenure as superior of Argentina's Jesuit order in the 1970s - starting at the "crazy" age of 36 - was difficult because of his "authoritarian" temperament.

"I have never been a right-winger. It was my authoritarian way of making decisions that created problems," he said.

The key, he said, is for the church to not exclude.

"This church with which we should be thinking is the home of all, not a small chapel that can hold only a small group of selected people. We must not reduce the bosom of the universal church to a nest protecting our mediocrity," he said.