BBC World Service published this article, and Global Perspectives gives credit to William Kremer. This article headline looks almost superstitious, but science has long believed that gold came from outer space.  Alas, when you give gold to your "Angel" now you can tell her that she is wearing something  as "out of this world", as her beauty is.  Appraisers who have valued gold and other mining operations have long puzzled at the source of gold, and why it is where it is. This article casts good light on those questions.  Read and enjoy, and we encourage you to go into BBC's site, as they have other good articles on this subject.  Ben Boothe, Publisher, Boothe Global Perspectives.

Does gold come from outer space? 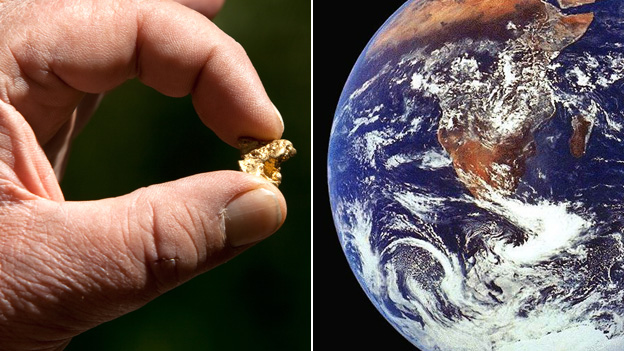 The idea that gold came from outer space sounds like science fiction, but it has become well-established - it's pretty much received opinion in the field of earth sciences. How did this bizarre theory take hold, and is it here to stay?

For the chieftains of pre-Columbian America, the dazzling yellow stuff they found glinting at the bottom of streams or buried in the rocky ground captured the power of the sun god. They dressed themselves in battle armour wrought from the enchanted metal, believing it would protect them.

They were sadly deceived.

Gold, an unusually soft metal, wasn't any match for the steel of the Spanish. But the Native Americans may well have been right in believing the element was otherworldly.

"Why do you find nuggets of gold on the surface of the Earth?" asks science writer John Emsley. "The answer to that, is that they've arrived here from space in the form of meteorites."

This theory has come in the last few decades to be held by the majority of scientists as a way of explaining gold's abundance. There may only be 1.3 grams of gold per 1,000 tonnes of other material in the Earth's crust (the rocky shell of the planet that is around 25 miles thick) but that's still too much to fit with the standard models of our planet's formation. 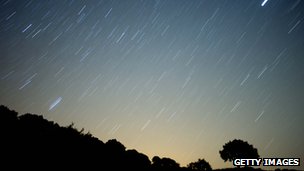 After its birth four-and-a-half billion years ago, the surface of the Earth heaved with volcanoes and molten rock. Then, over tens of millions of years, most of the iron sank down through the outer layer, known as the mantle, to the Earth's core. Gold would have mixed with the iron and sunk with it. Matthias Willbold, a geologist at Imperial College London, likens the process to droplets of vinegar collecting at the bottom of a dish of olive oil.

"All the gold should be gone," he says.

It isn't though. So science has had to come up with an explanation, and the answer currently favoured is - a meteoric shower.

"The theory is that after the core formed there was a meteoric shower that struck the Earth," says Willbold. "These meteorites contained a certain amount of gold and that replenished the Earth's mantle and the continental crust with gold."

Willbold says the theory fits with the pattern of meteorite activity as scientists understand it, climaxing with a huge storm that took place more than 3.8 billion years ago, referred to as the "terminal bombardment". The meteorites punched out the craters we see on the moon and came from an asteroid belt that still exists between Earth and Mars.

This idea of the gold-laden-meteorite "veneer" was first proposed following the Apollo moon landings of the 1970s. Scientists examining rock samples from the moon's mantle found much less iridium and gold than they did in samples from the surface of the moon or from the earth's crust and mantle. It was proposed that the moon and Earth had been battered by iridium-rich meteorites, known as chondrites, from outer space. While the precious fallout from this meteoric shower lay scattered on the surface of the moon, on Earth the planet's internal activity had churned it into the mantle too.

The idea, called the "late veneer hypothesis", has become a fundamental theory in planetary science.

It also helps to explain many other anomalies in the Earth's composition - it is thought that the same meteorites delivered the carbon, nitrogen, water and the amino acids that are vital to all life on the planet.

"They are basically the building blocks of Earth," says Willbold.

Two years ago, he and a team from the universities of Bristol and Oxford examined some rocks from Greenland which had their origins in a part of the Earth's mantle that was insulated from meteorite activity for a crucial period some 600 million years. The team did not look at the gold content of the 4.4-billion-year-old rocks, but at tungsten. Tungsten has some similarities to gold but exists in different forms or isotopes, and this provides scientists with more historical information.

He infers that the Greenland rocks are a remnant of Earth's composition prior to the start of the late veneer meteorite shower, postulated to have taken place between 4.4 and 3.8 billion years ago. 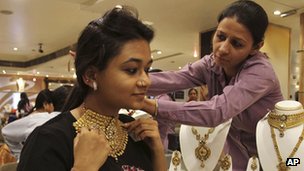 Willbold's influential study, published in Nature in September 2011, provides the most compelling evidence yet for the late veneer hypothesis. This hypothesis seems the best explanation for the unusual tungsten-isotopic profile of Willbold's Greenland rocks, just as it seemed to explain the different quantities of gold and iridium in the mantles of the Earth and the Moon in the 1970s.

But the hypothesis has been challenged.

Last year, Mathieu Touboul and a team from the University of Maryland examined some different rocks, this time from Russia and significantly younger than those in the Greenland study - a mere 2.8 billion years old.

These younger rocks had their full complement of elements known as siderophiles - the iron-loving group of metals that includes gold - but in terms of tungsten isotopes, the rocks turned out to be very similar to Willbold's. And yet they date from after the time proposed for the late veneer bombardment.

"We reach a different conclusion about what is generating these tungsten anomalies inside the rocks," says Touboul. He thinks differences in the Earth's mantle might have caused tungsten isotopes to develop in different ways.

Touboul though still believes the late veneer hypothesis is right - he just doesn't think that tungsten isotope measurements provide a demonstration of it.

Other scientists think it's time for a major rethink.

"I used to accept the late veneer hypothesis back when we had so little data that it seemed to be a sensible interpretation, but I think it's past its prime now," says Munir Humayun of Florida State University.

"It seemed so elegant, but there were so many gaps in the data. We presumed a lot and knew very little back then."

One of these studies, from the University of Maryland, found less resemblance than expected between the Earth's rocks and chondrites - the iridium-rich meteorites. "This is where the late veneer failed in my opinion," says Humayun. "The answer came back that none of the known meteorite types were anything like the veneer."

Scientists also began to find metals like gold much deeper in the Earth's mantle than they had anticipated. This could be explicable if the Earth underwent a much bigger meteoric barrage than originally supposed, and at an earlier point in time. But the way Humayun sees it, the late veneer hypothesis stopped answering old questions - and started posing new ones.

He is one of a small group of scientists who subscribe to an alternative theory. Their proposition is that all the gold in the Earth's crust - or the overwhelming majority of it - was here on Earth all along. Most of it certainly alloyed with iron and migrated to the Earth's core, but a significant proportion - perhaps 0.2% - dissolved into a 700km deep magma "ocean" within the Earth's outer mantle. 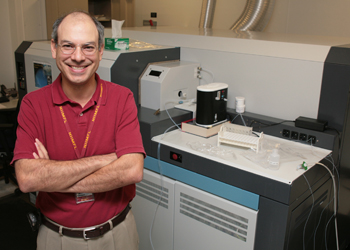 Later, the gold was brought back up to the crust by volcanic action. This is the stuff we wear round our necks and on our fingers today.

This theory requires gold and other siderophile elements to be more soluble than has previously been thought, otherwise insufficient quantities would have dissolved in the magma.

Experiments by two scientists at Nasa - Kevin Righter and Lisa Danielson - indicate that gold's solubility in mantle rocks does increase with high pressures and temperatures.

However, it has not yet been possible to measure in a lab the solubility of all the highly siderophile elements over the full range of temperatures and pressures of the Earth's mantle, so for now this proposed explanation for the abundance of gold also remains no more than a hypothesis. But it is attracting interest and was bashed against the late veneer theory at length in a session last month at geochemistry's annual international symposium - the Goldschmidt Conference in Florence.

Matthias Willbold, who attended the session, says the consensus in the room was that the late veneer hypothesis was still the best explanation for the unusual tungsten-isotopic profile of his Greenland rocks.

He adds that, unlike Humayun, most scientists believe that chondritic meteorites are a "match" for concentrations of metals in the Earth's mantle and crust. But he says he accepts that the case for the late veneer hypothesis is not exactly sewn-up.

"You can never be absolutely sure," he says. "But the beauty of our model at the moment is that all the numbers match up very well." His isotope measurements indicate that about 0.5% of the Earth's mantle mass fell in the form of meteorites (that's 20 billion billion tonnes, if you were wondering). This figure matches geologists' current best guess, based on the overall concentrations of precious metals in the Earth's mantle and crust. Willbold describes this match as a "smoking gun". 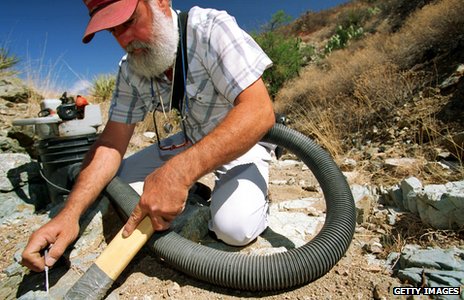 But Humayun says that the extent to which geochemists believe it depends on their precise field of study.

"It's about how you make your money! If you're an experimentalist, then you're eating the late veneer guys' lunch by doing these experiments.

"Why the analytical community likes the idea (of a late veneer) so much is something that continues to trouble me. It's because of this relevance they have tied in to the origin of life. There's a lot riding on it!"