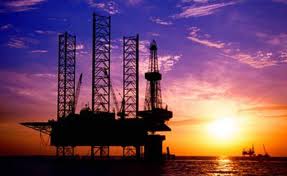 Global Perspectives recognizes the powerful economic impacts of new natural gas production technology.  It is helping some nations, such as Israel and the USA to become net exporters of natural gas. Environmental inspectors say that as techniques change and improve, that natural gas drilling will move to procedures that have less impact upon the environment. We already see that use of natural gas creates less pollution than oil or coal. We know that natural gas powered engines and vehicles create less carbon emissions.  Much of the technology in the natural gas industry comes from Texas, through experts in Fort Worth, Dallas, and Houston.  We appreciate and credit NPR for this article. 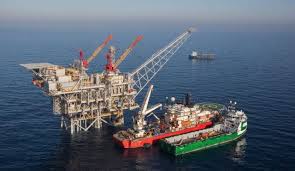 MARTIN FLETCHER: It’s a running joke here in Israel: Moses led the Jews through the desert for forty years to the only place in the Middle East with no oil, no gas. So for all its 65 years, Israel has been almost totally dependent on fuel imports for energy. Costly and precarious for a nation surrounded by often hostile neighbors.

But now that’s all changing. Israel has at last discovered so much natural gas, it’s heading towards energy independence, a gas exporter in just a few years.

Fifty-six miles off Israel’s Mediterranean coast, the Tamar reservoir started flowing earlier this year – with enough gas to supply Israel for decades. Another field nearby, almost twice as big, should be pumping in three to four years. Israel believes both fields lie well within its maritime borders – though the Lebanese government has challenged that.

The stakes are high because there are also reports of huge oil deposits near the very same gas fields. Some call these new discoveries an economic miracle.

MARTIN FLETCHER: And that joke about Moses?

GIDEON TADMOR: We proved that joke to be wrong.

MARTIN FLETCHER: It all began with Gideon Tadmor and his small Israeli company which began drilling for oil and gas onshore in 1991.

GIDEON TADMOR (DELEK DRILLING CHAIRMAN): Obviously we needed luck and god’s help. We needed the resources to be underground. But I think that unique contribution that we were able to bring is the human spirit and the belief.

MARTIN FLETCHER: Tadmor – a lawyer by training - also needed partners with drilling experience willing to invest millions. He had a hunch there was gas in Israeli waters because Egypt had found some nearby, and sought investment from the Texas oil giants. But he says, nobody bit. Afraid, he believed, of upsetting their much bigger customers, the Arabs. Finally a small Texas company, with no Arab clients, today called Noble Energy, agreed to invest in the Israeli dream.

MARTIN FLETCHER: It was a completely new industry here, is that correct?

MARTIN FLETCHER: You literally helped found it from nothing?”

MARTIN FLETCHER: Gas began flowing through the Tamar platform in March. It should soon be able to generate most of Israel’s electricity, instead of relying on costly imports of coal, diesel and heavy fuel oil.

LAWSON FREEMAN: We estimate that in fuel savings alone to the power plants that go right to the consumer, that over the life of Tamar, Israel will save over $100 billion in fuel savings.

It took considerable engineering to get at the gas. Five wells were drilled – some more than three miles below the sea bed – in waters too deep for a production platform. So pipes were laid to shallower waters more than 90 miles away - the longest so-called “tie back” in the world. The platform and base were built in Texas and transported more than 8,000 miles to the Mediterranean…where the base was plunged into the sea and the platform placed on top. From conception to operation – just over four years.

MARTIN FLETCHER: This is a gigantic place. The Tamar platform weighs 34,000 tons. It’s 290 meters high. And fifty people work here, around the clock.

MARTIN FLETCHER: This is where it's coming in.

On the platform, water and humidity are separated from the gas. It then comes onshore here, is filtered again, and is fed to multiple power stations which convert it into electricity to feed Israel’s electric grid.

It's already helping the environment. Today 40% of Israel’s electricity is fueled by gas. It’s much cheaper, and much cleaner, than oil.

MARTIN FLETCHER: What does that mean?

LAWSON FREEMAN: That’s the equivalent of taking all the cars in Israel off the road for a year. So it’s a big thing.

The biggest benefit: a huge boost to Israel’s economy. Gas will add 1% to Israel’s GDP this year. And that’s triggered a debate here.

MARTIN FLETCHER: What will Israel do with its financial windfall? The key question: will energy independence make Israel stronger. And how?

It’s a red-hot topic in a country that already spends twenty percent of its budget on defense, far more than other western nations. Critics worry that protecting the new platforms - sitting ducks at sea - will mean even more money is diverted from domestic spending to defense. And they say that’s a bad idea.

There have also been protests about the government’s plan to export much of the gas. The government says that will generate billions in new revenues. But critics say the government acted without necessary parliamentary approval and are challenging the plan in court.

Lawmakers like Tamar Zandberg say more gas should be kept at home, and more of the gas revenues should be invested in domestic projects other than defense.

TAMAR ZANDBERG: There is an economic and a social threat and poverty is a bigger threat than security right now to Israel. Prices are going up, salaries are going down, and social services like, for example, housing are being neglected. We should build a more viable and a more sustainable economy. And this is something that the natural gas can truly help doing, but we need to be patient.

MARTIN FLETCHER: And there's another aspect to this story: How will Israel's gas find affect the always volatile politics of the region? That's a concern because the gas basin is believed to extend into waters off Syria and Lebanon -- both technically at war with Israel. And Israel’s maritime border with Lebanon is in dispute. Michael Levi an expert on natural gas and energy security at the Council on Foreign Relations, sees both opportunities and risks because of the gas discoveries. He worries that maritime border disputes could erupt.

MICHAEL LEVI: If you disagree about where your borders are and you both claim areas as your own, if something valuable is discovered there, you’re going to have some conflict, at least diplomatic, over who gets to develop the wealth of that area.

MARTIN FLETCHER: But he also sees opportunities as well.

MICHAEL LEVI: Now we’re looking at Israeli exports into the Palestinian territories and into Jordan that will intensify the economic relationship between those parties. And on top of all that, you’ll see discussions about new trade relationships. For example, will Israel be able to strike up trade arrangements with Turkey.

MARTIN FLETCHER: Better Arab-Israeli relations? Inshallah, they say in Arabic. Bezrat hashem, in Hebrew. With God’s help. But whatever happens, gas and oil will make Israel a wealthier country, less reliant on others. And that's no joking matter.