SLEEP, OR THE LACK OF, IMPACTS YOUR HEALTH

Afsaneh Boothe says:  "When my husband started snoring, my sleep suffered, and for 2 years I felt tired. Finally his Doctor found solutions and we both are healthier and happier." 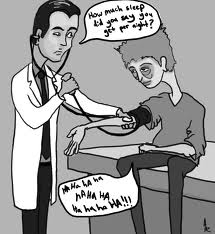 SLEEP!  Will make you healthier, thinner as well as aid a dozen key parts of your body.  Millions of Americans are shortening their lives because of lack of good sleep.

Did you know that when you wake yourself snoring and gasping for breath, that you have literally cut of the oxygen supply to the brain and erased a part of your short term memory? Did you know that your heart races and strains to wake you up from times when you are breathing clearly, causing damage and strain throughout your body system?

The  University of Pittsburgh School of Medicine and Western Psychiatric Institute and Clinic, lists these few body systems injured negative by lack of good sleep:

Poor sleep is also a risk factor for depression and substance abuse, especially among people with post-traumatic stress disorder, according to Anne Germain, associate professor of psychiatry at the University of Pittsburgh. People with PTSD tend to relive their trauma when they sleep.

Dr. Germain is studying what happens in the brains of sleeping veterans with PTSD in hopes of developing more effective treatments for them and for people with lesser degrees of stress that interfere with a good night’s sleep.

The elderly are especially vulnerable. Timothy H. Monk, who directs the Human Chronobiology Research Program at Western Psychiatric, heads a five-year federally funded study of circadian rhythms, sleep strength, stress reactivity, brain function and genetics among the elderly. “The circadian signal isn’t as strong as people get older,” he said.

He is finding that many are helped by standard behavioral treatments for insomnia, like maintaining a regular sleep schedule, avoiding late-in-day naps and caffeine, and reducing distractions from light, noise and pets. 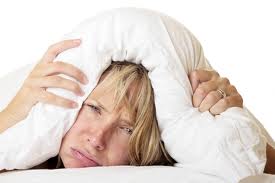 It should come as no surprise that myriad bodily systems can be harmed by chronically shortened nights. “Sleep affects almost every tissue in our bodies,” said Dr. Michael J. Twery, a sleep specialist at the National Institutes of Health.

Several studies have linked insufficient sleep to weight gain. Not only do night owls with shortchanged sleep have more time to eat, drink and snack, but levels of the hormone leptin, which tells the brain enough food has been consumed, are lower in the sleep-deprived while levels of ghrelin, which stimulates appetite, are higher.

In addition, metabolism slows when one’s circadian rhythm and sleep are disrupted; if not counteracted by increased exercise or reduced caloric intake, this slowdown could add up to 10 extra pounds in a year.

The body’s ability to process glucose is also adversely affected, which may ultimately result in Type 2 diabetes. In one study, healthy young men prevented from sleeping more than four hours a night for six nights in a row ended up with insulin and blood sugar levels like those of people deemed prediabetic. The risks of cardiovascular diseases and stroke are higher in people who sleep less than six hours a night. Even a single night of inadequate sleep can cause daylong elevations in blood pressure in people with hypertension. Inadequate sleep is also associated with calcification of coronary arteries and raised levels of inflammatory factors linked to heart disease. (In terms of cardiovascular disease, sleeping too much may also be risky. Higher rates of heart disease have been found among women who sleep more than nine hours nightly.)

The risk of cancer may also be elevated in people who fail to get enough sleep. A Japanese study of nearly 24,000 women ages 40 to 79 found that those who slept less than six hours a night were more likely to develop breast cancer than women who slept longer. The increased risk may result from diminished secretion of the sleep hormone melatonin. Among participants in the Nurses Health Study, Eva S. Schernhammer of Harvard Medical School found a link between low melatonin levels and an increased risk of breast cancer.

A study of 1,240 people by researchers at Case Western Reserve University in Cleveland found an increased risk of potentially cancerous colorectal polyps in those who slept fewer than six hours nightly.

Children can also experience hormonal disruptions from inadequate sleep. Growth hormone is released during deep sleep; it not only stimulates growth in children, but also boosts muscle mass and repairs damaged cells and tissues in both children and adults.

Dr. Vatsal G. Thakkar, a psychiatrist affiliated with New York University, recently described evidence associating inadequate sleep with an erroneous diagnosis of attention deficit hyperactivity disorder in children. In one study, 28 percent of children with sleep problems had symptoms of the disorder, but not the disorder.

During sleep, the body produces cytokines, cellular hormones that help fight infections. Thus, short sleepers may be more susceptible to everyday infections like colds and flu. In a study of 153 healthy men and women, Sheldon Cohen and colleagues at Carnegie Mellon University found that those who slept less than seven hours a night were three times as likely to develop cold symptoms when exposed to a cold-causing virus than were people who slept eight or more hours.

Some of the most insidious effects of too little sleep involve mental processes like learning, memory, judgment and problem-solving. During sleep, new learning and memory pathways become encoded in the brain, and adequate sleep is necessary for those pathways to work optimally. People who are well rested are better able to learn a task and more likely to remember what they learned. The cognitive decline that so often accompanies aging may in part result from chronically poor sleep.

With insufficient sleep, thinking slows, it is harder to focus and pay attention, and people are more likely to make poor decisions and take undue risks. As you might guess, these effects can be disastrous when operating a motor vehicle or dangerous machine.

In driving tests, sleep-deprived people perform as if drunk, and no amount of caffeine or cold air can negate the ill effects.

Go to your doctor, talk to him about your sleep. He will tell you that sleep duration (7 to 8 hours) and quality (good sound sleep) can be as important to your health as your blood pressure and cholesterol level.  My Tibetan friends tell me: "Before you go to sleep, think good thoughts, put a happy, positive, beautiful image in your mind and then tell your brain when you wish to awake."  I have done that for years and I will awake right on time every morning, with the hint of those good thoughts still wafting in my brain. Good luck, and happy sleeping!  Ben Boothe, Sr.