Ellen Brown again reminds us that forces beyond the control and understanding of most Americans may have contributed to the "Great Recession" the USA just suffered through. Eliot Spitzer is currently running for office as Comptroller of New York City, and Wall Street is uncomfortable because of what Spitzer knows.  He has long had clear insights as to how Wall Street, the Fed, the OCC have worked to concentrate power and control in and of banking. Often times government agencies can hurt the economy by their actions. 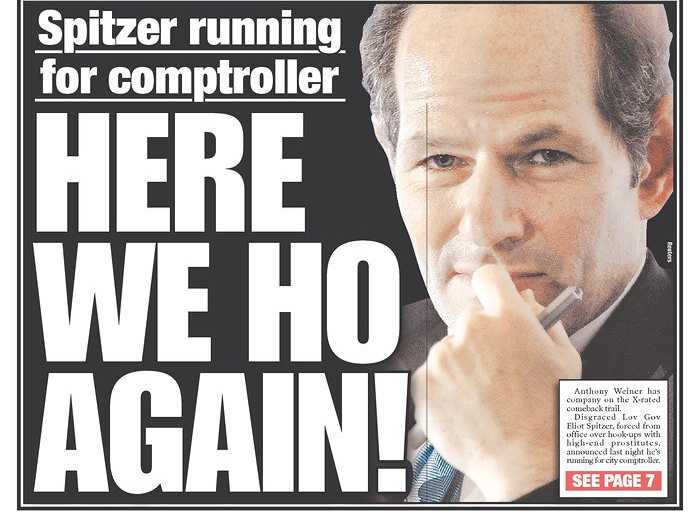 Governor of New York,  in 2008 Eliot Spitzer became concerned that the OCC, Fed and Wall Street entities were taking bank regulatory power from individual states. He suggested that in the name of "DeRegulation" they actually caused more concentration of power and kept individual states from enforcing actions against banks and lenders who were acting improperly. He clearly saw problems that would cause a great recession, and wrote of it before others.  He agreed with the Washington Post when in February of 2008, that paper quoted his remarks as Attorney General:

"Several years ago, state attorneys general and others involved in consumer protection began to notice a marked increase in a range of predatory lending practices by mortgage lenders. . . . These and other practices, we noticed, were having a devastating effect on home buyers. In addition, the widespread nature of these practices, if left unchecked, threatened our financial markets. "Even though predatory lending was becoming a national problem, the Bush administration looked the other way and did nothing to protect American homeowners.

In fact, the government chose instead to align itself with the banks that were victimizing consumers. . . . As New York attorney general, I joined with colleagues in the other 49 states in attempting to fill the void left by the federal government. . . . "Not only did the Bush administration do nothing to protect consumers, it embarked on an aggressive and unprecedented campaign to prevent states from protecting their residents from the very problems to which the federal government was turning a blind eye. . . . 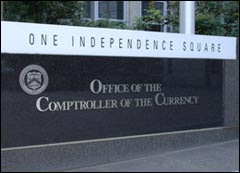 The administration accomplished this feat through an obscure federal agency called the Office of the Comptroller of the Currency (OCC). . . . In 2003, during the height of the predatory lending crisis, the OCC invoked a clause from the 1863 National Bank Act to issue formal opinions preempting all state predatory lending laws, thereby rendering them inoperative. The OCC also promulgated new rules that prevented states from enforcing any of their own consumer protection laws against national banks. The federal government’s actions were so egregious and so unprecedented that all 50 state attorneys general, and all 50 state banking superintendents, actively fought the new rules.

But the unanimous opposition of the 50 states did not deter, or even slow, the Bush administration in its goal of protecting the banks. In fact, when my office opened an investigation of possible discrimination in mortgage lending by a number of banks, the OCC filed a federal lawsuit to stop the investigation." - See more at: http://www.occupy.com/article/not-too-big-jail-why-eliot-spitzer-wall-streets-worst-nightmare#sthash.53YJotZS.dpuf

Ellen Brown, banking expert said: "Spitzer was the single politician standing in the way of a $200 billion windfall from the Federal Reserve, guaranteeing the toxic mortgage-backed securities of the same banking predators that were responsible for the sub-prime debacle. While the Federal Reserve was trying to bail them out, Spitzer was trying to regulate them, bringing suit on behalf of consumers. But he was quickly silenced, and any state attorneys general who might get similar ideas in the future would be blocked by the federal “oversight” then being imposed on state regulation."

In a December 2011 article in Slate titled “We Own Wall Street,” Spitzer argued that bad corporate behavior could be stopped by a political movement uniting shareholders, pension funds and mutual funds – the actual owners of the corporations – who could then take coordinated action demanding transparency and accountability.

This is the sort of creative thinking that will be needed if we the people are to take back our power from Wall Street and the corporatocracy. We need a mass movement, coordinated action, and leaders who can organize it; and Eliot Spitzer is one of the few people in a position to play that role who have the experience, vision and courage to carry it through.

Ellen Brown is an attorney, president of the Public Banking Institute, and author of twelve books including the best-selling Web of Debt and most recently The Public Bank Solution.