The Price of Oil Is Rigged

Raymond J. Learsy is Author, 'Ruminations on the Distortion of Oil Prices and Crony Capitalism' 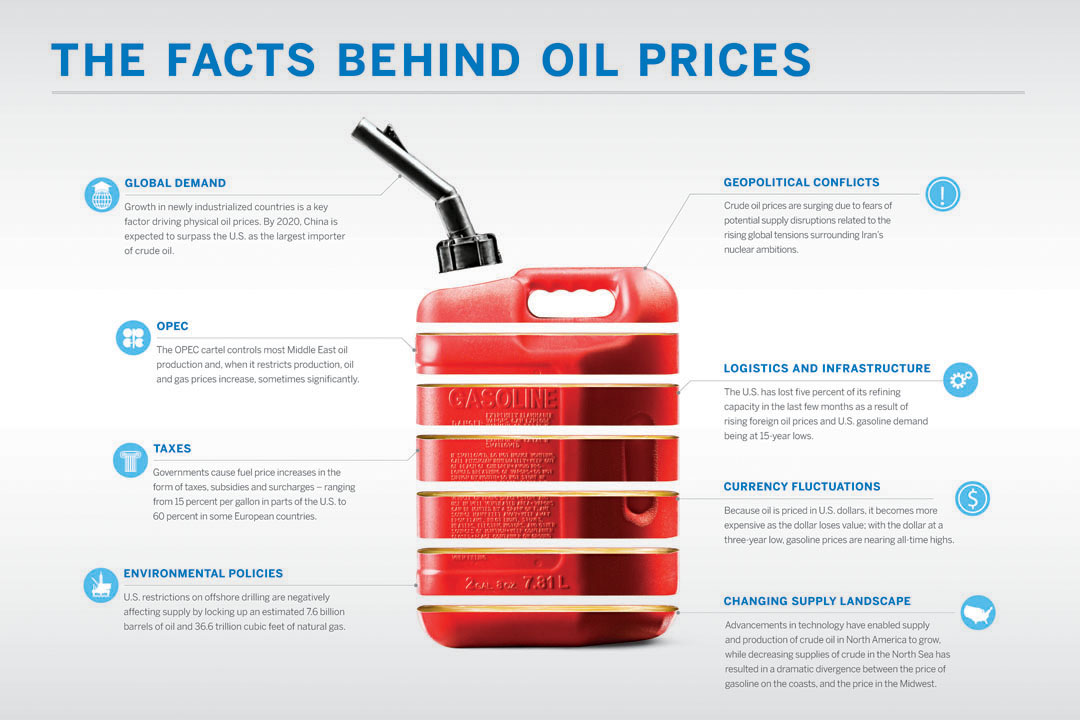 The U.S. oil market is well supplied, with U.S. commercial crude oil inventories near all time highs, with production of U.S. oil increased by some million barrels/day from a year ago, with weekly inventory of gasoline jumping by 800,00 bbls equivalent last week alone, while Chinese demand is flat to down and the risks to Suez canal transit have abated, yet the price of oil has jumped by some 9.5 percent over the last thirty days. This while virtually all basic commodities have gone down in price significantly.

How do I know the price of oil is rigged? I don't, and that is the problem. There is no transparency whatsoever in the trading of oil on the commodity exchanges. We don't know who is taking positions and for whose account. Are the oil companies themselves directly or indirectly, or the sovereign wealth funds of oil-producing nations with their billions upon billions of invest-able capital pushing up prices by buying oil derivatives ? Trading on the Exchanges, including such as the New York Mercantile Exchange or the Atlanta 'ICE' in oil futures/derivatives has exploded exponentially whereby paper barrel contracts dwarf actual oil production by a factor of thirty to one, I repeat, 30 to 1. ("Policy Brief #25 United Nations Conference On Trade and Development" 09.12)

In May of this year the European Commission initiated an action examining whether firms have colluded to distort reported prices ("Oil Companies Raided In E.U. Pricing Inquiry" Wall Street Journal 05.15.13). The WSJ went on to comment "Oil benchmarks, notably that for Brent Crude are enormously influential. Much of the world's oil particularly outside the United States is priced in relation to Brent which is made up of a basket of four North Sea crudes. These benchmarks are also often used in the large futures and derivatives market... prompting fears that it could be manipulated possibly by the major players in the region." It is understood in the oil market that Brent Crude and West Texas Intermediate (WTI), the U.S. oil price benchmark, are closely interrelated and the price of one has a direct impact on the other.

And yet there is no meaningful oversight by Washington nor its lame oversight agencies of trading on the commodity exchanges where oil is traded at levels massively beneficial to the oil producers and speculators going along for the ride, at the enormous cost to millions of American consumers who pay a "speculative premium" through the inflated price of gasoline, heating oil, oil products and on that have left all vestige of the discipline of supply and demand. More than 80 percent of oil/energy trading on the commodity exchanges is speculative, that is to say activated by players who have no function in the actual production nor consumption of oil other than to speculate or in cases such as the investment banks, i.e. JPMorgan, Goldman Sachs, JPMorgan, to hoard speculative physical inventory positions. No real effort has been made by such as the Commodity Futures Trading Commission (CFTC) to rein these excesses. Yes, there is the occasional lip service such as President Obama's announcement in April 2011:

"So we're going to look at a whole range of measures -- including, by the way, making sure that my Attorney General is paying attention to potential speculation in the oil markets. I've asked him to reconstitute a task force that's examining that." and the then-concurrent formation of the august "The Oil and Gas Price Fraud Working Group" under the auspices of the Justice Department from which not a word has been heard of since.

Nor, for that matter, from the Congressional mandate extended to the CFTC amending the Commodity Exchange Act of 1936 as part of the Dodd-Frank overhaul to rein in and limit the speculative oil contracts held by traders or the oil trading desks of the producers themselves and to exercise its powers to determine who is trading and on whose behalf. That was three years ago and since that time the CFTC has been holding hearings and hearings and public comments, all the while being lobbied by the industry and Wall Street into ineffectualness while Americans continue to pay in the billions.

A final thought. America has struck oil! Its vastly growing production of shale oil and gas is steering the nation to energy independence, and if one looks to Canada as well, we are, in terms of North America, but a hair's breadth away. We have over 700 million barrels of oil in our Strategic Petroleum Reserve, squirreled away when we were deeply energy dependent on unstable supply sources from around the world. Our national energy security has evolved dramatically and the need for the SPR has not evaporated but certainly diminished. Given today's aberrant prices it would be a stroke of courageous public policy for the Energy Department to announce the release of 100 million barrels from the reserve to counter what is clearly an artificial and bloated price of oil. The speculators and manipulators would be sent running to the hills while the American consumer would for once have something to celebrate.

The American Petroleum Institute and their ilk would fight tooth and nail to squash the idea. Wouldn't it be great if our government for once stood by the side of its constituents!