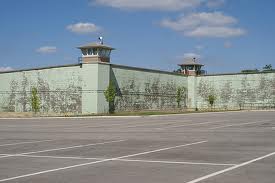 On July 22, more than 500 prisoners, including senior al-Qaeda figures, escaped from Iraq’s Abu Ghraib prison. On July 27, more than 1,000 detainees escaped from detention in Benghazi. A July 30 Taliban attack on a prison facility in northwest Pakistan freed more than 250 prisoners. The attackers were well trained soldiers with high powered weapons, RPG's and other military class weaponry.

They had the ability to blow the doors of the prison away. These attacks were sudden, powerful and overwhelmed guards, walls and doors of the prisons in a matter of minutes. Many armed guards simply surrendered in face of 100 or more professional soldiers overwhelming the prisons. Local police and army units were slow to non existent in emergency support.

No doubt these events are related, coordinated and alarming. If a government cannot control it's convicted criminals, indeed some of the most dangerous criminals in the world, enormous power passes to the perpetrators. Think about it, the implications are sobering for our world at large.

Prisons have traditionally been built to keep people inside from getting out. Now, it is a new imperative that they must keep outside people from breaking in. Prison officials from throughout the world are meeting to consider new ways to reinforce prison security and integrity.

Consider that a typical prison guard is often poorly paid and not trained or skilled in professional fighting skills. Most are armed with side arms or shot guns at best. Prison armories normally do not keep weapons that can compete against professional mercenary soldiers.

A few ideas that BBAR Inc, is considering and developing are: 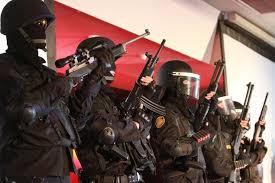 1. Heavily armed and well trained paramilitary security guards. 20 to 25 well placed fast response guards could hold off attacks from 30 to 50 attackers for a short time to give local police and military time to arrive. The salary and cost issues could be significant, with a team such as this at every prison, costing a prison $3,000,000 to $6,000,000 per year.

2. Redesign of prisons with automated weapons systems. Such crowd control systems have been developed in Asia, that can target and destroy attacking forces effectively. But each prison would require several of these weapons systems at a cost of millions more.

3. Physical barrier "gauntlet" systems with fortress wall designs. These require time in design and expensive explosive proof construction. These, designed with built in installations of automatic weapons created with redundant field of fire coverage could slow or stop groups of up to a hundred attackers. The cost would range from $6,000,000 to $30,000,000 per system.

4. Enhanced and hardened "lock down" systems could buy time. This system would require "hardened exterior walls and doors" & a coordinated connection and plan with outside security police, military or ranger forces that could respond to and arrive & mount a counter attack from outside within 15 minutes. The system would have sensors and photos detailing placement of all attackers outside and around the facility to give rescue soldiers an on line strategic view for attack.

5. Establishment of a "dead zone" perimeter around each facility, creating a tactical area to fight and repel attackers. This zone, equipped with multiple armaments, mines and sensor alarms would be activated and monitored by redundant means.

6. One of our associates is a retired FBI agent and also a man with experience with Homeland Security and on the ground experience in Afghanistan. Give us a call for a consultation.

What we are saying is that the new prison will be able both to keep people in, and repel attack. The angry 'political/religious ' radicals of the Middle East have changed the game of prison security and design. By doing so they have invited well funded criminal groups throughout the world to see another possibility. The prison of the future will not be a light weight metal warehouse to serve as a motel, or sleeping quarters for prisoners. the radicals have changed the game. We will see larger prisons, built and hardened to repel military attack. every well funded criminal element in the world is now re-evaluating our new world of "detainment centers" and realizing that most prisons built around the world can be broken and cracked open with 20 to 100 attackers with powerful weapons. The small town light security prisons around the world are not able to withstand such attacks for 10 minutes. they will either be redesigned or reinforced, or they will consolidate into larger and stronger facilities.

* Ben Boothe (BBAR Inc) as participated in consulting over 54 prisons, many new or expanding facilities for over the past 22 years. Contact @ www.benboothe.com