Motorola's move to Fort Worth will bring 2,000 jobs to the city. 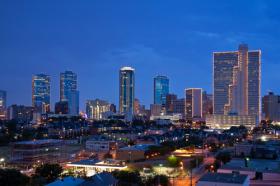 Most mobile phoones are made overseas, thus it is refreshing to see Google's Motorola decide to manufacture these in the USA.

Even delightful to see the 2,000 jobs coming to Fort Worth, Texas a city where I once ran for mayor.

This will be the only smartphone in the world that is “Made in the USA.”

The Moto X will happily bring jobs to the USA and to Texas, and people throughout the world will be using this Fort Worth, Texas product. Now I used a Blackberry for years, and loved it. About 6 years ago I switched and now use an I Phone 5. I love it. But truly I will look forward to holding a phone and saying: "This is made in the town where I ran for Mayor and where my beloved little 'Boothe Ranch' with horses, grapevines, and greenhouses are."

Many companies have moved jobs from Cleveland, Detroit, Pennsylvania, to cheap overseas locations, in search of lower wages. All too often this has left an economic wasteland and destruction of the middle class labor system in America. But now, American workers, although at high wage scales, often are so much more productive, that the net cost to manufacturers is less than the cost of overseas operations. Especially when shipping, import fees and quality control are taken into consideration. Plus, the State of Texas and the City of Fort Worth, have been aggressive in offering companies tax and other incentives to locate here.

When it is all considered, men like Mark Randall (Motorola’s senior vice president of supply chain and operations) find it cheaper and more efficient to build in the USA. It is also more loyal to our nation, our values and our system of economics. No doubt the City of Fort Worth, and the State of Texas will bless Motorola/Google with a flood of free publicity and support.

“We factor things like transportation and other value added services that we're able to offer our customers in the future.” said Randall of Motorola.

Another often unspoken quality is the work ethic of the area. The Texas culture is a "can do" culture and known for the ethic of hard work and the honor of a 'job well done'.

Fort Worth has outstanding logistics and demographics. With D/FW airport, as an international "Port" and excellent freight rail network and highway systems, plus an industrial airport with a low tax rate, the city has built a natural attraction for companies such as Google/Motorola. Verizon, Ericsson and AT&T have offices in the area.

Moto X is a phone with some surprises and will have high-tech sensors that detect when it’s in your pocket, or when you're driving down the freeway. Other features are still under wraps.

We at GLOBAL PERSPECTIVES (www.bootheglobalperspectives.com) predict that the new features and "Made in America” as well as "Made in Texas" features will bring good sales for Motorola, even while it boosts American manufacturing. GLOBAL PERSPECTIVES will look forward to an early model of the phone and you can count on an in depth review of it's performance.