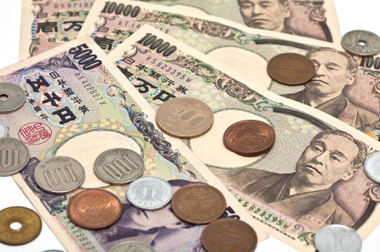 Japan took steps to lower its currency value because the nation has been in a recession brought on by poor banking sector issues and competition with China for over a decade. The Japanese are notorious in their slow response to financial and economic issues. This bold move might give Japan a real chance to recover.

* Consider that only 20 years ago Americans were fearful that Japan would destroy American manufacturing, our auto industry, buy all of our land and bury our banking industry. Golf courses and big developments were being bought by Japanese investors. Japan was the excuse that the big boys on Wall Street and in D.C., used to justify policies to deregulate giant banks in America so we could "compete with the Japanese". Deregulation essentially created a foundation for destruction of the American financial sector.

* Well, we were all worried about the wrong nation. Japan crashed and the USA crashed, and China won the economic battle. Even with China's recession they still managed to grow GDP at 6 to7% annually. China, is the world's strongest economy. And even China is not absolutely stable.

* Japan lowered the Yen value, in part to allow Toyota and other Japanese manufacturers to be more competitive with U.S. and Chinese manufacturing. Indeed, a Toyota from Japan is instantly cheaper in the USA, when the dollar goes up in value against the Yen. A Ford, made in the USA is instantly more expensive in every international market when our Dollar goes up in value, in relationship to other currencies.

* China, continues to let their currency slowly rise by tiny bits and this makes Chinese goods less appealing in Japan and other nations, but also the rise in the U S Dollar makes our exports more expensive to other nations, putting our manufacturing export products at a disadvantage. A few years ago the decline in the US Dollar was largely a managed effort to make U.S. exports cheaper in other nations. Unfortunately, China let their Yen drop evenly as the Dollar dropped, thus, we continue to be at a huge disadvantage with China, because their labor and manufacturing costs are much lower. Our big lifesaver is that we have oil and gas, China does not. It is said that millions of Chinese workers are soldiers, who the Chinese have put to work at starvation wages, to grind out cheap Chinese products for export to the USA. But this most recent recession hurt China, because we stopped buying. So China's real estate and banking sector dived into trouble, but in China, the Central Government backed up their economy and China is again growing.

* Gold seems to have peaked out. That suggests that people are not expecting eminent crisis. Oil and gas are slowing dropping in value. We are flooding the markets with new production. The good news is that the USA, due to fracking technology, is exporting more oil and gas than ever, creating a financial salvation for the USA. Cheap oil and natural gas, and actually exporting instead of importing has been an unexpected bit of good news for the USA. Energy always is foundation for economic strength. * Banking? Another story. CitiGroup (CitiBank), Chase, Bank of America, still show profits and balance sheets made with mirrors and based upon a foundation of "created" wealth with "created" dollars made from borrowing leverage and loans, backed by reserves that are only a fraction of the money in their vaults. CitiBank should fail and be broken up. It has long been corrupt and is perhaps one of the worst examples of capitalism corrupted. A new bill floating around DC suggests that the big banks by law (if it is passed) must begin to have to raise capital and reserves, or sell off assets. We could do without CitiGroup, get rid of the cancerous corruption. Banks such as CitiGroup put a tarnish on the USA and frankly threaten our nation's economic health.

* We believe that the discussions of state owned "Public" banks could bring stability, and profitability based on sound principles if promoted in every state. Where they have functioned, they have prospered and they do not invest in strange artificial market documents or in Greece, Italy, Spain, or Portugal. Indeed the Public Banks, take deposits from their communities, lend back to the communities and invest in solid non risk investments. They have low losses, help their communities to grow, don't ship all of their profits to New York, and stabilize economic growth. They build public confidence in a banking system, critical for our nation's stability. Something to consider, when we live in a world that the "Big Boys" can screw up a financial system, be virtually broke and then get laws passed allowing governments to take the savings or deposits of people, to pay back bank losses. These are interesting times and we at www.bootheglobalperspectives.com invite your input and observations.