We, the American people have a cynical view of the House and Senate. We look at the U.S. House of Representatives and polls show that this U.S. Congress has the lowest ratings of any in history. Yet, the American people continue to elect demagogues, ideological radicals, and people with little education in economics. Perhaps we need elected officials knowledgeable in business and the workings of regulation and economics. 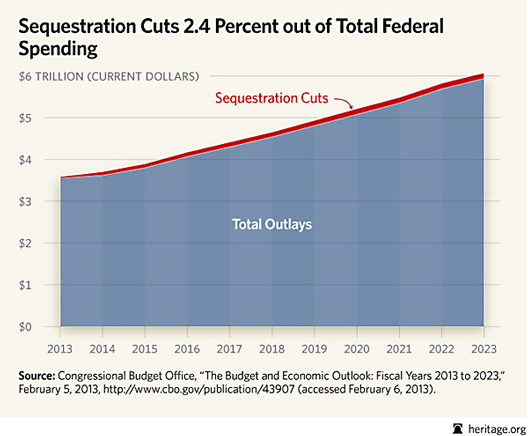 The “SEQUESTRATION” and subsequent "Govt Closing" moves are now a part of our history. These  embarrassing   moves by less than intellectual politicians weaken and lower our nation.

Regarding "Sequestration" it is an “engineered” crisis, allowing 1.2 trillion dollars in cuts over a 10 year period. It was done so that no single Congressman has to take responsibility. The massive cuts in military spending are going to hurt those states, such as Texas, Georgia, California, Alabama, Nevada, New Mexico, Virginia, which have enjoyed huge federal military spending.

Of course, regardless of what some politicians, on the far right, tell us, Americans will suffer because of this. No doubt our infrastructure, bridges, clean water, health services, police and fire services will suffer. Healthcare will suffer. Travel will suffer. Towns and communities who were depending upon federal funds will suffer. Economic recovery will suffer. Millions of Americans, ( these are real people), will suffer.

The essential basic concept of “Austerity” is a concept that was proven not to work in 1929. It required 30 years and a couple of wars to “recover” a stable American economy, after the “Austerity” mistakes of Government which made the Great Depression possible.

In every case, every nation, every precedent of modern history, which has tried “Austerity” has found that it leads to recession. This highlights a pet subject that we have written on for years.

The simplistic jingoism that compares a national budget to a family budget demonstrates ignorance of the deepest sort. This nation has tools, incentives, safeguards, through it's U.S. Treasury and Federal Reserve that no private entity has.Those tools are meant to insulate a government from the disastrous instability of national depression. The very charter of the Federal Reserve Bank states, "Creation of Financial Stability" as it's prime goal. The “SEQUESTRATION” runs head on, into the darkness, like a car driving 90 miles an hour through fog.

So, in this “Engineered Crisis” our elected leaders of the House and Senate have taken us down an uninformed economic “blindness” that has potential to create economic suffering in our nation. In many ways, this is a horrible crime on people and families. Some would call it "Un-American", because it creates as much pain as many official punishable crimes.

When those military bases begin to close and the towns and cities across the nation see their businesses closing, the people will soon begin to voice their anger. That anger will be felt by members of Congress and the Senate who set this “Engineered Crisis” in place. (What a disappointing bunch we have in Congress these days). Demagogary appeals to the emotions, prejudices, and ignorance of  less-educated people of a population in order to gain power. Demagogues usually oppose deliberation and advocate immediate, violent action to address a national crisis; they accuse moderate and thoughtful opponents of weakness. Demagogues have appeared in democracies since ancient Athens. They exploit a fundamental weakness in democracy: because ultimate power is held by the people, nothing stops the people from giving that power to someone who appeals to the lowest common denominator of a large segment of the population.”

The Republican Party leadership cannot control them. Strangely when the Republican Party’s leaders say: “We must change as a party to survive”…that party continues to elect people poorly prepared intellectually to understand in depth workings of regulations and politics, which make a government and an economy work. Jingoism gets votes, but it does not provide the American people with elected officials of depth.

In our view, the only thing now which can save the United States from economic disaster, is an economic recovery so robust that it can overwhelm the ignorance coming out of our House and Senate.

(Now if you wish to see ignorance, read a sampling of some of the newsletters that the politicians are sending home to their voters, trying to justify this SEQUESTRATION). See a sampling of what we are seeing:

“I did not like the Sequestration, but it is a positive step.”

“The other party caused this.”

“It is the first time we have substantially cut spending.”

“We need to cut even more and start reducing Medicare, Social Security, and Medicaid.”

Again the Congressional newsletters demonstrate, a penchant for ideological argument, instead of addressing positive solutions.

The Tea Party bunch may have stepped into a pit of quick sand, with this.Their pet child, “Military Spending” seems to be a huge target of the cuts.Perhaps they wanted use this approach to cut defense spending without having the courage to publicly oppose the huge lobby of the military/industrial complex.No doubt they will be getting letters and calls from their largest contributors in the next few weeks.

The alternative of “Austerity” is a program to use the resources of our nation to encourage economic growth. Put in simplistic terms, a secretary who makes $12 per hour, and struggles to pay her bills, can only cut so many expenses. At some point there is no place to cut. She has to eat, to get to work, to pay for day care, to pay rent. Her best solution is to work more hours or to increase her pay by increasing her contributions and becoming more valuable to her employer. Our nation needs to take leadership in creating more jobs, helping people to be more valuable, helping them to increase skills, and support creations of more domestic jobs.

A fast way to do this is to stimulate production, manufacturing, agriculture, construction. No doubt a “service economy” is streamlined and great. But a service economy needs productive industry to “service”. We must stop the flow of workers and manufacturing away from the United States. We have watched cities such as Detroit, Philadelphia, Cleveland slowly lose their productive employers, as manufacturing left for other nations. We have watched New York and New Jersey change while companies close, move or simply sell out to global giants and then see the layoffs.

The concept of protecting American production seems to be lacking in our national psyche.

Design something, build it, and create jobs. We must put in place incentives for companies to build here, not instantly outsource those jobs to China, Japan, Cambodia, or Latin America because of cheaper labor.Farmers are basic “producers”. They grow something, it creates new wealth and is “American Made”. We must encourage our retailer giants to again: “Buy American”. Remember whenWalmarthad red white and blue advertisements and spoke about buying American made. Then they let the number crunchers change things, and decided to fill their shelves with Chinese made goods. How about saying: “We will put a 10% tax on every foreign item that you import for retail sales in America, that 10% to be put into a fund to be used to finance and develop new American made goods.” How about giving every American who opens a company and employs 10 people to produce a product, a tax break, for every new employee he hires, and low cost loans to build new manufacturing plants. How about rebuilding the United States as a production and Manufacturing leader! How about telling our farmers, “For every 100 acres that you put into new food production we will give you a special tax incentive. For every $1,000 of product that you grow that eliminates the need to import that product, we will give you $10 in tax credits.”

There are ways to increase an economy. But austerity is not the way. Encouragement of new production is the way to do it.