Electric Grid in the USA is Vulnerable to Failure 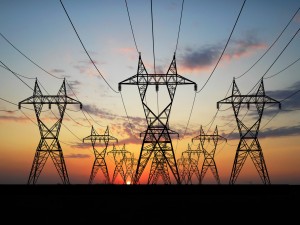 This a relevant report, released in the public media, that we picked up on the internet. We credit CNN for this report, written by By Dan Merica

Speaking candidly at the Aspen Security Forum, one defense department official expressed great concern about the possibility of a terrorist attack on the U.S. electric grid that would cause a “long term, large scale outage.”

Paul Stockton, assistant secretary for Homeland Defense and Americas’ Security Affairs at the Department of Defense, said such an attack would affect critical defense infrastructure at home and abroad – a thought that Stockton said was keeping him up at night.

Also from Aspen: A failing grade for US readiness to deal with cyber attacks

“The DOD depends on infrastructure in order to be able to operate abroad. And to make those operations function, we depend on the electric grid,” Stockton said.

The concern, Stockton continued, was that America’s adversaries would avoid attacking “the pointy end of the spear,” meaning combat troops, and would instead look for homeland, possibly non-military, targets.

“Our adversaries, state and non-state, are not stupid. They are clever and adaptive,” Stockton said. “There is a risk that they will adopt a profoundly asymmetric strategy, reach around and attack us here at home, the critical infrastructure that is not owned by the Department of Defense.”

But Stockton’s concerns were not solely limited to terrorist attacks. Other concerning scenarios, said the assistant secretary, include geomagnetic disturbances, earthquakes and other natural disasters that could take down the grid.

According to Stockton, a recurrence of a massive earthquake, like the New Madrid earthquake of 1812, “would cause a power outage for weeks to months across a multi-state area, rolling blackouts in the East Coast…”

The New Madrid earthquakes hit along the Mississippi River in the town of New Madrid (now part of Missouri) and is still considered one of the largest earthquakes to ever hit the Eastern United States.

In response to a scenario like this, Stockton told the crowd that the Department of Defense is working with power companies in the Washington area – namely Pepco, Baltimore Gas and Electric and Virginia Dominion – and giving these companies “a new design basis for the grid of the future that takes into account cyber threats and other emerging threats.”

Additionally, the three power companies and the Department of Defense are determining, in case of a massive outage, who gets their power restored first, according to Stockton.

Even with the dire outlook, Stockton said that Secretary of Defense Leon Panetta is making strides in how to respond to these outages, including changing the way defense supports civil authorities and provides life saving and life sustaining capabilities.

The Eden Gardens Project (see link at http://www.cornucopia-enterprise.com) and hit the "Eden Gardens" link. This is an answer of redundant power, food and water.