LIVE LONGER, LEARN FROM THE BEES, AND SEE THIS LIST

Why do some people live to 105 and stay sharp and active. Scientists are learning important clues on longer life...while looking in some unlikely places. We Credit CBS for this article and will bring more on the subject. This story was largely written by Barry Petersen:

What are methods, proven to longer life?

Consider this: Scientists are now researching the way bees think. Yes, the way bees THINK, and altering the lifespan of microscopic worms in search of groundbreaking answers.

"What has happened in the last 20 years is really a dramatic breakthrough in our understanding that lifespan itself is quite changeable," said Gordon Lithgow, a molecular biologist at the Buck Institute for Research on Aging in Marin County, near San Francisco.

But before we get to the science, some essential life lessons from people who've already cruised into old age: 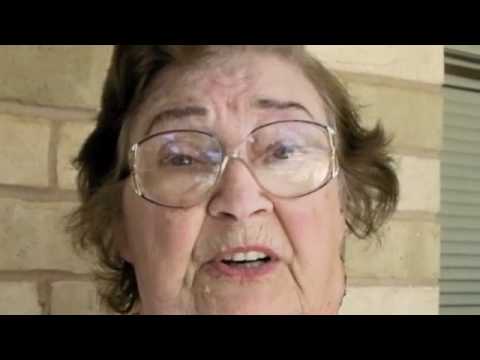 My mother, is 88, has had cancer, heart disease, diabetes, wears a bag because she has no bladder, and yet, she is one of the most positive, happy people I know. She drives her car, lives alone and enjoys a good debate. Indeed, if she gets into a "crusade" or "controversy" it energizes her. My mother has been active for 40 years, rescuing orphan or sick animals. "I take them in, bring them love and good healthcare, and watch as they become healthy happy creatures. It brings me satisfaction and meaning." she recently told me. When the City of Lubbock came to her house to tell her they were going to have to evict her dogs (she had more than the 4 allowed by law), she said: "I don't think I am going to allow that to happen." A few weeks later the Mayor, Sherrif, and other officials got letters from around the country, letting them know that battling an 88 year old, established citizen, and old woman who is known and respected, would be a losing battle for them. Mom, kept her dogs. But more than that. She is living a full, long, productive life, in spite of maladies that would have long ago killed people...without her will to live. Her attitude, her determination, having a reason to live, those are her methods of achieving longevity.

Ellsworth Wareham was born October 3, 1914. (That makes Dr. Wareham 97 years old.) He performed his last operation as a heart surgeon just three years ago. What's his recipe for longevity?

"I think one of the important things is a plant-based diet, which is another way of saying that you are a vegetarian," said Dr. Ellsworth.

Becky Beck's another super-senior. She misses neither a beat nor a stitch. "I am 98 years old and I have been quilting for about 70 years," she said.

And if you want to catch up with 101-year-old Herb Wile, meet him at the gym. "The body is the temple of the Spirit of God, and the scriptures says keep our bodies healthy and well," Wile said. "If you have a healthy body you generally have a healthy mind and they go well together."

Herb Wile, Ellsworth Wareham and Becky Beck all live in Loma Linda, Calif., and they are all 7th Day Adventists - a Protestant denomination that emphasizes physical health as a vital pathway to spiritual health.

Dr. Gary Frazer conducted a survey comparing lifestyles of Adventists to non-Adventists. "The men were living about seven years longer, and the women about four-and-a-half years longer than their non-Adventist neighbors," Frazer said.

And how come? "We believe that there's about four or five different factors that we were able to identify," he said. "Being a vegetarian seemed to help. Being careful about your body weight, like, not being too thin or not being overweight. Interestingly, people who ate nuts four or five times a week, just small amounts every day, seemed to benefit. People who have never been a smoker. And the last one was, being careful with your physical activity, and being sure that you exercised vigorously three or four times a week." We would add to those, a positive attitude, a goal or activity that provides meaning or purpose to life, and a determination to prevail.

But before you rush out and become a vegetarian - or a 7th day Adventist - there's another critical element that helps determine how long you'll live: Genetics.

In New York City some super-centenarians - living to 100 and over - are subjects of a study by Dr. Nir Barzilai, director of the Longevity Genes Project at Albert Einstein College of Medicine.

What's remarkable about these folks - all Eastern European Ashkenazy Jews - is that, while their lifestyles may not have been the healthiest, that just doesn't seem to matter.

Dr. Barzilai is in the vanguard of a growing army of researchers working to get a handle on how, and why, we age.

The fact is, advances in health care and pharmaceuticals are already extending lives. In 2010, there were more than 70,000 centenarians (people living to 100 and beyond). But glance ahead to 2050, and the projected number soars to 4.2 MILLION.

And strides in research could boost that figure - and better the odds - for all of us.

"The aging field has just exploded. It's really incredible, what's been achieved in basic labs like this, with worms and flies and yeast cells," Dr. Lithgow said. He showed Petersen "clumps of shiny, green proteins" which had become damaged during normal aging, clumping together. "This is a process we are trying to stop," he said.

"It turns out that we can change the rate of aging quite simply in simple animals, which is really incredible."

By understanding and manipulating genes, Lithgow is learning to design therapies that treat age-related diseases in humans.

"I think we should be thinking about the diseases of aging in the way that we now think about the childhood diseases that we grew up with," Lithgow said.

"Your sense is that someday we may think about Alzheimer's or Parkinson's the way I think of measles or mumps?" Petersen asked.

"I think we will think of them as diseases that still occur that we have to take precautions against," he replied.

But a healthy older body needs a healthy mind . . .and that's where BEES come in.

It turns out they have the same kind of brain cells as humans (though far fewer of them). Arizona State University researcher Gro Amdam plays a mind game that works like this: The bees get a whiff of a distinctive odor, followed by a taste of sugar water.

"Sugar is like a chocolate cake for bees," Amdam said. "And the bee will respond to that by sticking out her tongue."

Amden determines just how quickly the bee figures out that a whiff of the scent means a treat is on its way. The older the bee, the slower the learning curve.

But that can be reversed: Changing the bee's lifestyle can lead to restoring a more youthful brain.

For the proof . . . head to the hive. The average lifespan of a bee is about 30 days. But in that time, they can give us a fountain of useful knowledge.Their first task as adults is taking care of the eggs laid by the queen. They all work together. As they age, they become so-called "foragers," leaving the hive to find nourishment for the eggs. Now alone, as single busy bees, their brain CHANGES. "Because after a while, as a forager the bee brain actually deteriorates, much like you see in people with dementia," Amdam said.But force the bees back in time by returning them to the hive - and their brains snap back."They can better remember new things again, an ability that was lost to them as their brain aged when they were foragers," Amdam said.Key here is that bees are SOCIAL beings, and have a tough time coping with the stress of foraging alone.

"A bee deals very poorly with loneliness. If you isolate a bee, she will usually not survive more than about a week or ten days," Amdam said.

Petersen asked: "How does this help me?"

"It helps you because it shows that a social intervention can trigger proteins that can heal your brain," Amdam explained. "Changing your social life is something you can do today."

"What do I do?" Petersen asked.

"You should get married," she suggested.

"It's remarkable to see even in experiments with worms and flies, that we're beginning to understand that stress is a major factor," said Lithgow. "And I think what socialization does, it alleviates stress. It provides support in a community."

So if we learn from the worms and the bees, we need to stay socially connected . . . watch out for stress.

And by making the right choices about diet and exercise, it's possible we might add up to ten years to our lives.

"Can you imagine children and grandchildren with another ten years of healthy lifespan for grandparents? That's a wonderful thing,"Lithgow said. "It's something we really should be going after. And it's something that the science is telling us is absolutely possible."

How close? Lithgow said, "I see, in terms of the choices we make, we can do this today."

So from all of this, we have made this list for longevity:

2. Be in a society, that offers support, stimulation, fun.

5. Have a positive attitude, laugh, and even debate or fuss with others if you need to, but in the end, stay positive about yourself and life.

7. Stress? Avoid stress generated by others, and enjoy and control the stress that you create for others!

8. Control your weight. Work out or excersize and get your heart beating, or break a sweat at least 3 times a week. But excersize not as torture, but with moderation, and try to do it with someone you enjoy socializing with.

10. Do something you really enjoy and look forward to it. Pick something for your "bucket list" and do it! A friend in his 90's loves to go hunting, and camping out and is often the life of the party. Another friend has a boat and tinkers with his boat, as he plans his next fishing trip. Me, I have an ancient old jeep, and love to drive it high into the moutains packed with picnic and hiking gear and just walk, look and listen.