President Obama continues to take his jobs bill to the nation, trying to create public support to pressure the U.S. Congress to act. Obama has thrown down the gauntlet, "PASS THE JOBS BILL, PASS IT NOW, NO TIME FOR DELAY!" It would be good for Democrats and Republicans in Congress, to pass this bill, because all indications are that Americans are running out of patience. It is good to see him coming out swinging again. 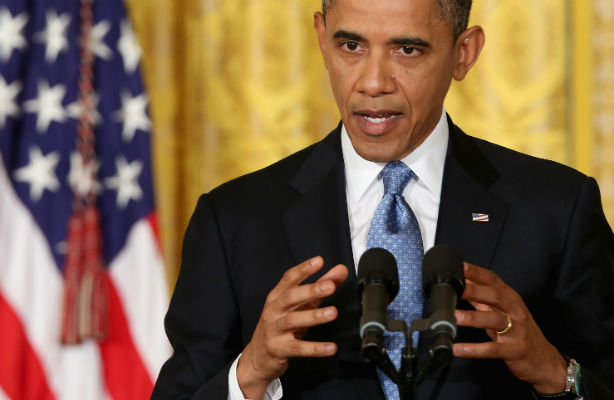 PASS THE JOBS BILL NOW! This comes on the heels of the U.S. Congress showing the worst "approval", or better called "disapproval" rate in the history of the United States.

Only 12% of Americans approve of the job the U.S. Congress is doing, or stated another way, 88% of Americans believe United States Congressmen (and women) are failing at their job.

Obama's polls took a plunge among Democrats when he tabled the EPA effort to reduce Ozone emissions. Republican polls took a plunge by their use of the budget cap, to blackmail passage of their political agenda, causing S&P to lower our nation's credit rating.

Obama has correctly read the will of the people, and that is to stress jobs, not other issues. He has told the nation that he has a solution, but there is no time for emotional and time consuming circus like "negotiations", or Tea Party pandering to the press or the extreme right. "PASS IT NOW, THE AMERICAN PEOPLE WHO ARE UNEMPLOYED CAN'T WAIT 14 MONTHS" he said. This is true.

With 9 to 9.3% unemployment, millions of Americans are suffering, losing businesses, homes, credit, cars. There is only so much of this that a nation will abide before social instability occurs. Many Republicans have taken a policy to "Make Obama fail" as stated by the Republican leadership, and echoed by pundits such as Rush Limbaugh. But their efforts are not patriotic, and are so ideologically based as to harm the United States of America.

When we hope the President of our nation will fail, when he is trying to help the nation create jobs, then politics becomes something "anti-American".

Moderate and wise leaders of the radical elements must gain control of the lose cannons and remind them, that Obama is the President, is to be respected, and jobs are for Americans, and are to be encouraged and delivered. If Obama, continues to hold the course, keep the faith, and not compromise or waiver, he might again gain the support of the majority of the American people who have had such high hopes for this President. It is almost trite to say it again, but it must be said. Obama, has spent the majority of his energy and time, trying to mop up the mess left to him by the previous administration. Obama has tried to deal with the inherited economic mess, while facingrelentless opposition and the "Hope he will fail" attitude of the very party that created the problems the nation faces. Obama has put out his hand repeatedly, asking for bi-partisanship, and it has beenspit upon. What has bothered most Democrats is that he has continued to compromise and give ground, even after repeated proof that these gesturs will gain no support from the other side. He has appeared weak, when his very strength has been his spoken word and ideas. Yet, he has failed to follow through on the very ideas that give him support.

So, like Teddi Roosevelt, Theodore Roosevelt, Wilson, and other great presidents, Obama is jetting out of the rarefied atmosphere of Washington, D.C. and going to the people, asking them to help "send a message" that they want jobs and this bill passed.

We admire him for this. We appreciate his bold rhetoric and the response to the main issue facing the United States. This publication, Global Perspectives (http://www.bootheglobalperspectives.com) has urged this stress on jobs repeatedlyfor 3 years.

IS IT TOO LITTLE TOO LATE?

Like global warming, it may be too late. We may have already reached a "tipping point" in the economy and in the political atmosphere. The people may have become so discouraged that they will not respond. Obama may have spent so much of his popularity and political capital on other "issues" that he cannot get a jobs bill passed.

1. If Obama fails to see some striking improvement in the economy soon, he will not be re-elected.

2. If this Congress fails to pass a jobs bill, and do it promptly, there will be a significant "House and Senate" cleaning, in the upcoming election.

While Obama's ratings and support have dropped, his popularity is still 3 times higher than that of the Republicans in the Congress. Wise and experienced people realize the mistake and damage the "T-Party" elected people have done to the nation. They have not only destabilized the Republican Party, they have hurt the nation economically. When we see the potential alternatives to Obama, Perry, Bachmann, and Romney, we see two out of three that reflect the very lack of wise moderation that the country needs to recover. It is time for intellectual, experienced and wise people step forward, communicate and give instructive leadership to "repair" the make up of our Senate and Congress. People with some understanding of business and the proper use of government and regualtion need to be brought to Washington. Our nation faces a long term "rebuilding" period, and we need people who can chart a correct course, like our great leaders did from 1935 to 1945. This is a pivitol time in American history, and may determine whether or not we will retain a position of world leadership and economic prosperity. Security and peace are of key importance to all people, especially Americans.

As a former banker, and as an economic consultant, I for one, believe that the American people, when given the right to achieve their aspirations, are great, perhaps exceptional people. But the patience and endurance of Americans is wearing thin.

TWO OPEN MESSAGES TO THE PRESIDENT AND TO THE CONGRESS

1. To you, Mr. Obama, "Show us that you have strength and power and don't compromise or throw it away again. If you do, it may be your last time as President."

2. To our Republican friends, we say again, "Control your attack dogs. For once, put your ideological prejudices aside, follow a concept of moderation, and give us this jobs bill. If you don't the American people on the streets, will give you an opportunity to see what it is like to be laid off."