U.S. Congresswoman, Federal Judge and 16 others shot, in Arizona 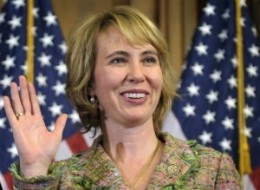 U.S. Congresswoman Gabrielle Giffords, Federal Judge John Roll, a 9 year old child, and 16 others shot in Arizona. 6 dead. It is apparent that this event has been made worse by politicians inflaming ignorant and irrational people, in the name of political gain. The American people are saying ENOUGH IS ENOUGH. STOP THE TOXIC RHETORIC!

Radical elements of United States society, witnessed the ultimate result of their philosophy, in Tucson, Arizona when 6 people were murdered by a lone gunman. All the "toxic" political rhetoric and flag waiving came to it's inevitable fruition of violence as an unstable man emptied his Glock handgun shooting people at a political rally of U.S. Congresswoman Gabrielle Giffords, D-Arizona in front of a Safeway food store in suburban Tucson, Arizona. He shot Giffords in the head and then turned on her crowd of friends and supporters, emptied his 30 shell capacity gun, even killing a 9 year old girl. Many writers, including Boothe'sGlobalPerspectives have warned that the "Hate Speak" in America, and the use of incendiary and hateful language over the past 3 years, might have the impact of manipulating people (some of them simple and instable) and giving an environment where violence might somehow seem more acceptable.

Ben Boothe, of Boothe Global Perspectives http://www.bootheglobalperspectives.com/ and numerous other publishers have written repeatedly about the dangers of "radical influence" on America by ideological political interests and have called for responsible lawmakers to "cool the rhetoric" in the interest of Freedom of Speech in the USA.

Right wing Republican leaders, such as Glenn Beck, Sarah Palin, Dick Armey, Dick Cheney, and a host of other friends of Tea Party related groups have bragged that they could "Drive the American Political Agenda" and take over political control. They have relied upon "Toxic" language. They have laughed off potential threats and some have attended and funded further activism and anger, often laughing at the concerns voiced by Americans who have been targets of threats. In many cases the TeaPartyfriends have benefited politically and financially from the media coverage showing the "angry" energy they have generated. With the Republican win in most recent elections, right wing radio hosts bragged on national radio:

"For those Democrats and moderate Republicans, we are watching you and we will get you." Now we see public assassination in our suburbs.

Threatening advertisements, innuendo and intimidating statements have become almost routine for some ideological radio, TV and media stars of the right. Instead of trying to temper and tamp down the fires, some of the "media" and political spokesmen (and women) have actually made statements seemingly aimed to further stir up public emotion. "We do not condone hate speech from the left or the right" said Ben Boothe, "but in recent years it appears that 90% of it is coming from the extreme right."

Many Americans are tired of it. Many Americans believe that by ingendering this type of environment, radicals have increased the risk of social violence. We sadly report that unless responsible Americans send out the message that ENOUGH IS ENOUGH we could see the potential of more violence in America, because of the intensity of these simple, unstable people who are a part of, or influenced by radical fringe groups. Remember, this is the USA, not Iran, Iraq, or Mexico. As President Obama said, "There is more power in the good people of America than the other side".

Sarah Palin in her Face Book released a map of 20 Democratic U.S. Congressional members with "rifle crosshairs gun scope" on each, suggesting members of Congress, including Gabrielle Giffords (wife of Astronaut Mark Kelly) as targets for the right wing Tea Party. The Face Book posting was considered irresponsible and fodder for radicals needing motivation and direction for their actions. Disenfranchised, often poorly educated, and unemployed people, combined with a "past middle age" cadre of Bible Belt bigots, a smaller vein of younger radicalized youth (often from politically conservative areas), and an affluent ultra conservative business executives who give money,have been pivotal in the radicalization of a segment of America. On the day of Palin's "Gun-sight" posting, Congresswoman Giffords commented that "We are on Sarah Palin's targeted list". She warned "There must be consequences for that action", but was largely ignored by the country. Later she made a speech saying:

"Their political leaders must be responsible and control the radical rhetoric, as it may become a serious problem."

The day Congresswoman Giffords voted for the Health Care Reform Act, someone shot and broke the office window of her Congressional office in Tucson, Arizona. At another campaign appearance, a lone man dropped a gun while attending her rally and was removed by law enforcement officers.

These kind of events are not remote or random. In fact, the FBI, reports, that the trends of violent threats to members of Congress tripled in 2010.

Even the "Conservative" Sheriff of Tucson said: "When there is so much hate speak out there, the politicians must realize that words have meaning and can lead to violence."

An example of the poor judgement of some political groups is the Tea Party group in Austin,Texas that started a chant "No retreat, reload and attack" at the Texas Capital, in an effort to elect one of their people to Speaker of the Texas House. To do so just after this tragic gun even in Arizona is telling.

A Baptist Church in Kansas announced that it would send it's members to Arizona to demonstrate at the funerals of the deceased because they believed that the assassination was "God's punishment" for their political leanings or for homosexuality. The group in the face of overwhelming response from Arizona groups that said "We have had enough hate speak" decided later to not appear in Arizona.

The point is that radical "hate speak" tends to bring "them" out of the woodwork. Who is "them". Radicals, simple people, unstable people, manipulated people. Our nation needs resposible leaders to encourage "moderation and respectful dialogue" and to temper the hate filled rhetoric and to find peaceful ways to deal with the "them" crowd.

It would have been well if the FBI and local law enforcement officers, had listened and watched over Congresswoman Giffords, who later made another speech and said with concern: "There are crazies on all sides". She is in now in critical condition after having been shot in the head.

Federal Judge John Roll, was killed in the attack. He was Chief Judge of the 9th Circuit Federal Courts and a friend of Congresswoman Giffords. He has been criticised by right wing activists because of his role in a case where an Arizona rancher was "hunting down" illegal aliens at gunpoint and physically "arresting them" forcing them at gunpoint to legal agents. There was a trend when right wing "buddies" were going by the car load to border areas with their guns, walkie talkies and spotlights, and conducting "recreational illegal immigrant hunts". Judge Roll thought this was dangerous, and as he spoke out he began getting death threats, after ruling that the ranchers were over stepping their legal bounds. He said: "I have a very strong belief that there is nothing wrong with criticizing a judicial decision, but when it comes to threats, that is an entirely different matter." He is now dead, a victim of the current "toxic" political environment. He is survived by his wife, Maureen, three sons and five grandchildren.

U.S. Congresswoman Giffords,is known to be a 'Centrist' and her popularity has enraged radical right wing elements. Our friend U.S. Congressman Ralph Hall (Republican) worked with Giffords on the Science and Technology Committee. He said: "There are so many nuts out there, I don't know what will happen next, it tells us all we have to be a little more careful."

Representative Henry Cuellar , D-Laredo said he had "Witnessed more anger over the last year and a half that I have ever seen in my whole political career. Some of these people take the words of politicians and turn them into violent actions."

House Speaker John Boehner, who many cite as a source for angry and ideological statements from his political office in D.C. said: "I am horrified by the senseless attack." Perhaps for the first time he can see the results of some of his speeches.

Representative Nancy Pelosi, D-California said: "It is especially tragic that she was attacked as she was meeting with her constituents whom she served with such dedication".

Our call, as we have repeatedly written, is for moderates, patriots, and those who value your role as Americans, (instead of political demagoguery) , to stand up and speak out for reason, compassion, moderation, and calm discourse. We should clearly set forth by law and by society that the deliberate radicalization of a large segment of our population is inappropriate, and will not be tolerated.

If you had a child who stood up and started spouting angry hateful language in a church service, responsible people would discipline and instruct him. Our nation seems to have a plethera of irresponsible and "angry" people, some instable, and they need to be shown that our society requires appropriate and respectful communication.

We as Americans, must reassert the goodness, kindness, and fairness of our national ethic. Our identity as Americans cannot be kidnapped by political irresponsibility and we must identify and condemn those who "Whip up the anger of the boots on the street" in ways that can create an environment that might lead to violence and destruction. The most "un American" thing I can imagine, is to manipulate our flag, and the concept of patriotism, to cause violent radicalization of our people.

When politicians stimulate events such as murder, assassination and destruction, they have become traitors to our society and our nation. IT IS TIME FOR RESPONSIBLE AMERICANS TO TAKE CHARGE, SPEAK OUT, AND AGAIN DEFINE THE CONCEPT OF PEACEFUL DISCOURSE AND TOLERANCE AS AMERICAN VIRTUES.

When I was a 6th grade child, I had to quote a verse before the school assembly. I was scared but stood up and stumbled through the verse I had memorized.

BLESSED ARE THE PEACEMAKERS, FOR THEY SHALL BE CALLED THE CHILDREN OF GOD