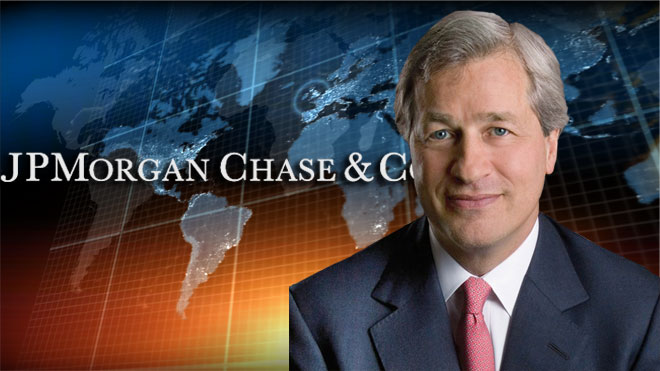 Though the second-largest US bank is widely considered among the healthiest of the nation's major lenders, it added $2bn (1.2bn) to credit reserves in the quarter and set aside more than twice as much as a year earlier for bad loans.

The bank said credit quality in consumer mortgages and credit cards is deteriorating faster than it expected. (This may be due to marketing methods, bringing unqualified borrowers into the system and then changing rates and calling notes often without prior notice)

Jamie Dimon, the chief executive, said the bank was confident that its capital, reserve levels and earnings power were solid despite a difficult economic environment that could worsen.

Profit per share fell to 28 cents from 53 cents as the number of shares outstanding increased. Analysts on average expected profit of 4 cents per share on revenue of $25.91bn.

The results followed better-than-expected earnings on Tuesday from Goldman Sachs. Bank of America Corp and Citigroup, JPMorgan's main rivals, may fare less well when they report results on Friday.

It looks like good, strong numbers, and it looks pretty broad-based, said Michael Hecht an analyst at JMP Securities. We are in an increasing world of haves and have-nots, and we know where JPMorgan and Goldman fall.

JPMorgan last month repaid $25bn taken from the Troubled Asset Relief Program. The New York-based bank has said it will let the Treasury Department auction the attached stock warrants, rather than pay an inflated price to buy them back.

Offsetting this was a $672m loss in credit card operations, reflecting in part the September acquisition of the bank units of the failed Washington Mutual. JPMorgan boosted its projected losses on cards and sees a loss rate of about 10pc for this quarter.