Bill White, Mayor of Houston, a good choice for U.S.Senate 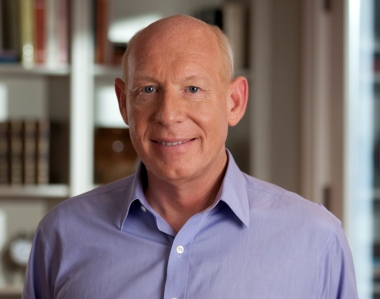 Steve and Nenetta Tatum held a private invitation only gathering for Bill White in their historic Westover Hills home recently. Nenetta's roots run deep in Fort Worth. Her father was Amon Carter Jr. . Her grandfather Amon G. Carter, the famous oilman and publisher of the Fort Worth Star Telegram. Steve Tatum is an established attorney in Fort Worth. Amon G. Carter was "Mr. Fort Worth" and considered two of his best friends Franklin Roosevelt and Will Rogers.

Bill White carries with him a torch of light with a similar to these "greats" who have crossed Texas.

Bill White has long been on the VIP reader's list of "Boothe's Global Perspectives" and we have followed his political career, considering him a man with special qualities. He told me that he appreciated the impact of our writings. It is not surprizing that Mayor Bill White reported contributions totaling more than $2.6 million in just over 100 days since launching his U.S. Senate campaign, according to a report filed with the Federal Elections Commission.

Some of Fort Worth's most influential mover's and shakers listened as Bill White showed a quiet, persuasive and insightful skill as he communicated his philosophy of government. In contrast to the disaster of New Orleans, when Houston was hit by Ike, Bill White organized private churches, and private community leaders, to do the recovery effort. He didn't depend upon the State or Federal Governments but took initiative and leadership in hand and had Houson back into recovery in amazing time. Thousands of citizens and business leaders pitched in with his encouragement. He literally recruited the good citizens of Houston, to a team to save their city. And it was effective!

There is a difference between a manager and a leader. Bill is a leader, with the vision to inspire managers to do his bidding.

Houston is one of the world's great cities, and Bill White has demonstrated how leadership is supposed to work. He has led the city through persuasion and diplomacy, has made Democrats and Republicans work together happily, while keeping Houston a prosperous and good place to live.

Bill, a Democrat has been hugely popular in Houston, a Republican city. He runs one of the world's biggest "Oil" cities, yet is a leader in encouraging wind power. He is admired by big business and small business. He has a compassion for people. Campaign Finance Chair Scott Atlas said, "The energy around Mayor White's campaign shows Texans believe in his ability to bring people together and get things done. People want their next senator to be a voice for our state's future."

The son of San Antonio schoolteachers, White helped build a law firm and managed a successful business before being elected as the city's mayor in 2003.

Since then, he's been re-elected with an average margin of 88%.

Yet he is a Democrat in a Republican city. Many observers have said that Texas is showing signs of new political trends, with trends moving away from the radical right, to a more centrist leadership. As Hispanics increase in numbers, it is predicted that the "Red Neck" culture of the Republican right wing of Texas will give way to new Democratic leadership, and this will increase cultural and social programs in Texas. A look at the numbers suggests that Texas could be a majority Democratic state, in terms of population by 2023.  Thus the cultural gap will broaden in Texas as time goes on. Leaders such as Bill White, and the kind of men, who can lead and bring diverse groups together, as he has proven in Houston.