GOOGLE TO GET IT'S POWER FROM THE SUN!

Google Inc. is converting its renowned headquarters to run on solar power, hoping to set an example for corporate America. 30% of it's electricity will come from solar panels mounted on the roof of the headquarters. 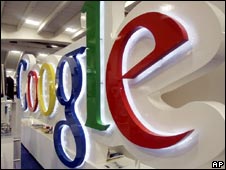 This is the largest solar project undertaken by a U.S. company. Google believes the sun can deliver as much as 30 percent of the power at its 1-million-square-foot campus in Mountain View, south of San Francisco.

The project will require installing more than 9,200 solar panels on a high-tech mecca nicknamed the "Googleplex." After leasing the offices for several years, Google bought the campus for $319 million earlier this year.

"This is significant, both symbolically and practically" said Nicholas Parker, Chairman of Cleantech Venture Network, a trade and research group for investors for alternative energy. Once they're in place next spring, the solar panels are expected to produce about 1.6 megawatts of electricity, or enough power to supply about 1,000 homes.

El Solutions is a division of Energy Innovations, based in Pasadena, California. It is a high-tech incubator run by entrepreneur Bill Gross, whose idea to link ads to search engine requests during the 1990 inspired the business model that generates most of Google's profits.

Google wouldn't disclose the project's cost, but it won't strain a company with nearly $10 billion in cash.

The anticipated savings from future energy bills should enable Google to recoup the solar project's costs in five to 10 years, estimated David Radcliffe, the company's vice president of real estate.

"We hope corporate America is paying attention. We want to see a lot of copycats" of this project, Radcliffe said.

Energy costs are a major concern at Google, which already consumes a tremendous amount of power to run the computer farms that keep its search engine humming. Google recently put out a news release stating that the energy to power computers and servers may exceed the cost of the equipment.

The company is concerned about rising energy costs as well as power efficiencies within computers. As the cost of electricity increases, and costs for hydrocarbon based power production skyrockets, more and more executives of industry are seeking to use solar, wind, and renewable energy sources. It is now accepted in business that what Al Gore said 10 years ago is absolutely true...that "good energy management is not just idealistic altruism, it is good business, and profitable."

Google co-founders Larry Page and Sergey Brin also are big supporters of alternative energy. The billionaires began driving hybrid cars shortly after they hit the mass market. Page also is among the investors in Tesla Motors Inc., a Silicon Valley startup developing a sports car that runs on electricity.

Despite technological advances since the first photovoltaic cells were invented 50 years ago, solar power is still two to three times more expensive than fossil fuels in the U.S. and relies on government subsidies to compete. Yes with the increasing cost of fuel, solar energy now has a typical 10 year pay back period. And as energy costs continue to increase, solar makes much economic sense.

The solar energy industry nevertheless is expected to grow from $11 billion in 2005 to $51 billion in 2015, estimated Clean Edge Inc., a market research firm.

THE SUN, THE ANSWER OR A CURSE

The sun. The greatest source of energy of our earth. But also a source of radiation, drought, and global warming. How do we harness this enormous power for the good of mankind?

It is said that solar panels are being improved to an extent that there is now a product that has micro-size particles that can be painted onto a surface, and these particles actually become "silicone like conductors". Consider the implications of this! If we can "paint" a solar collector onto a surface, think of the amount of solar energy that would become collectable, for use as electricity and power! The implications are powerful and enormous.

The matter of whether the sun is an answer to all of our energy needs, or a "Curse" depends upon us. There is no doubt that mankind will find more creative ways to harness the energy of the sun, so that we do not have to continue to be dependent upon fossil fuels.