One country where I have had the pleasure of doing environmental consulting is Ecuador. This article provides a report on an effort funded by the World Bank, that may be of interest. 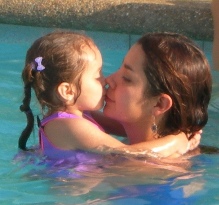 In 2001, the government of Ecuador with financing from the World Bank started assisting municipalities and local communities to carry out the Rural and Small Town Water Supply and Sanitation Project (PRAGUAS). Up till 2005, PRAGUAS has improved WSS services for over 250,000 people. The town component of the project supports municipalities which are willing to make their utilities more autonomous and to raise tariffs to obtain quick service improvements and choose their own management models. PRAGUAS has become the government's primary vehicle for addressing challenges in the water supply and sanitation sector.

Ecuador at a Glance

Responding to decentralization in the 1990's the Government of Ecuador decided to decentralize the responsibility for the operation and maintenance of water supply and sanitation (WSS) systems to municipalities and communities. In practice this meant that municipal government departments provided water supply services in urban areas. In rural areas, water boards were set up to provide water services and occasionally sewerage. The PRAGUAS project was designed against the backdrop of decentralization as well as Ecuador's socio-economic crisis. The objective of PRAGUAS is to increase the coverage and effective use of sustainable WSS services. It focuses on rural areas and small towns where two thirds of the country's poor reside.

PRAGUAS tackles two interdependent problems in providing WSS services: the limited autonomy of municipal water and sanitation departments - which often share staff and budgets with other departments - and the lack of financing for both water boards and municipal departments. An adjustable US$ 130 million IBRD loan supports PRAGUAS. Municipalities and communities match these funds by a contribution of US$80 million. The program also supports the central government in the implementation of an overall WSS sector reform program, covering both urban and rural areas. Providing money to champions of reform PRAGUAS contains a component specifically focused on town WSS. The component combines financial incentives, technical support, and financing for quick service improvements. PRAGUAS set up a bold incentive framework for WSS investment from the central government to municipalities.

Loan proceeds are provided as grants to municipalities that delegate WSS service provision to more autonomous and accountable service providers (public, private, cooperative, etcetera). In addition, municipalities must set tariff levels that cover at least operation, maintenance and replacement costs with adequate provisions for protecting low income consumers. Incentive payments are set up as matching grants. Resources can be used both for engineering designs and for goods and civil works.

To help small municipalities in selecting a suitable management model for their WSS services, PRAGUAS also provides technical assistance to municipalities. This is done throughout the process of model assessment, design and adoption. This includes support for preparing bidding documents for goods and works and for screening and selecting contractors.

Some municipalities chose the mixed company model, in which the municipality keeps 51% ownership of the utility, while the community obtains a 49% equity stake from in-kind contributions by the user association. The mixed company introduces a stronger community voice in decision making while maintaining public control over utilities.

To date PRAGUAS has provided new water supply systems for 252,000 people and on site sanitation for 127,000 people, approximately 5% and 3% of Ecuador's rural population of 4.5 million.The town component of PRAGUAS has provided technical assistance and financial incentives to a total of 39 municipalities, of which 16 have successfully reformed their utilities, while 23 more are currently in the process of reform. An initial evaluation showed that the initial batch of municipalities that have delegated their WSS services have significantly increased their operational efficiency and raised their tariffs to cover at least O&M costs. Individual municipalities have seen visible improvements in coverage . Capacity has also been built at the central government level. A new water and sanitation Sector Law is being prepared to further strengthen the institutional set up of the sector.

THE early success shows how combining technical assistance and financial incentives can encourage municipalities to adopt improved management models and cost recovery tariffs for their WSS services. The flexible approach in which municipalities are not to steered towards a single model for service provision has increased public support for reforms. In addition, a focus on quick and visible improvement in service provision has enabled the implementation of tariff increases. Such a learning by doing approach reduces the resistance of self standing reform plans that only will bear fruits for consumer long afterwards. The lessons learned from the first PRAGUAS project are incorporated in the preparation of the second adjustable IBRD loan. This phase aims to increase the number of beneficiaries by expanding the present incentive and support systems.