LEARN AND BE READY FOR NEXT PANDEMIC...IT WILL COME!

NOW TIME TO LEARN AND BE READY FOR NEXT PANDEMIC

By: Ben B. Boothe, Publisher, BootheGlobalPerspectives 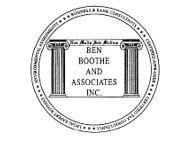 See one newsprint article from 1918:

People died in huge numbers in some areas of the USA, so many died, that they dug trenches and buried them atop one another.  President Wilson spent the last year of his Presidential term ill, historians now believe, with the Spanish Flu, which he tried to keep secret. He died, still trying to ignore the virus. He felt that “talking about or publicizing” the virus, was bad politics.  Therefore he was slow to make meaningful responses…and hundreds of thousands of Americans died.  It is a fact that more American soldiers died of the Spanish Flu during WWI, than died in battle wounds.

Now it is time for us to consider “What happened?" in 1918 and later in 2020? “What did we do wrong?”, What could we do better to prevent another pandemic?”  WHAT SHOULD WE LEARN!

Consider the things that science told us:

Year 2005:  15 years ago, FORIEGN AFFAIRS Magazine, a favorite of diplomats, scholars, international specialists, and American political leaders, published the article: “Preparing for the Next Pandemic”. Written by Michael Osterholm.  It predicted what was coming clearly.  The warning was largely ignored by political leaders.

Year 2007:  The same magazine published “Unprepared for a pandemic”, showing needs in the USA.  Again political leaders ignored the warnings.

Year 2017:  The USA had experienced MERS, Ebola, and Zika and the article: “Ready for a Global Pandemic?  The Trump Administration May Be woefully Underprepared”.  A voice of prophecy it seemed so timely.  This was absolutely ignored by the White House.

Looking back, we can see that efforts of the Obama Administration to create an agency especially to study and prepare our nation for a Pandemic, was functioning, only to be closed by the Trump Administration.

It seems that the USA response was slowed by poor leadership, but by a ‘lack of common social purpose’ (Danielle Allen)

Trump first ignored the problem, then said, "We will have no problem with it in the USA", then later resorted to ideas such as treating it with Lysol or Clorox Bleach.   When his scientific advisers corrected him, he criticized them or tried to discredit and isolate them from the media.  Even after losing the national election, he refused to make the Corona Pandemic a priority, instead advising to "Open up", during his last 70 days, the USA showed huge increases in cases and deaths.

“IF THE WORLD DOESN’T LEARN THE RIGHT LESSONS FROM ITS FAILURE TO PREPARE, THE TOLL NEXT TIME COULD BE CONSIDERABLY STEEPER.”

In the July August 2020 edition of Foreign Affairs, a bold statement says:

This pandemic is probably not “the Big One”.

Most scientists in the field believe that our nation should have heeded the 2003 outbreak of SARS which was carried by palm civets and ferret badgers of China.  Then again in 2012, MERS infected the Arabian Peninsula, originating from Camels.

Must reading if you are interested:   The book Pale Rider, with excellent research, examines the Spanish Flu of 1918 and any reader would be alarmed at the potential for future viral epidemics.  Then the 2017 book: Deadliest Enemy  points out the danger of viral epidemics in graphic detail.

For years, epidemiologist and public health experts have been calling for plans to deal with a viral pandemic.  A publication called:  “Preparing for the Next Pandemic” in 2005, spoke of organizing private sector food producers, medical suppliers, and health care providers, public sector health, law enforcement and emergency management officials to anticipate and plan for a new Pandemic.

IF WE IGNORE HISTORY, WE MAY REPEAT THE SAME MISTAKES:

In the 22 greatest pandemics or viral epidemics of history, (one of many articles in BootheGlobalPerspectives on this subject) there are several things that have happened:

But if we can learn some things from history, perhaps we can improve, study, research, and preparation, before the next one emerges.

Sadly, our ‘leaders’ have been unprepared, in the USA for decades.  The most recent example, in 2020, an outrageous example of malfeasance.

But in reality, as preparedness has gotten worse.   We see in the USA:

For example,  in 2003, discussions of better supply chains were made. But little was done. This resulted in break downs of the health system, the global trade system (which was already strained due to Trade Wars), food supply chains, industrial products, parts and items became scarce because they were made in China or other nations subject to political trade wars initiated by the US Government.  Even supplies of protection gear & medical supplies as well as equipment was sadly lacking.  In our company we needed new “printer toner”.  The local office supply stores said: “No toner available, because it is made in China.”  We had to buy a new printer, and a new brand, so we could get toner for it.    As far as supply chains go, our firm had a client with 20 farms, and he said he had a large herd of hogs, he had raised to sell to meat packing plants.  “I had to execute them and bury them, because the meat packing plants said their supply chains were broken, and their employees had Corona Virus, thus limiting how much pork and beef they could handle or process."    The sad part is that prices for Pork, Poultry and Beef went down for farmers, but in grocery stores prices skyrocketed for consumers.  Someone profited in this scenario, but it wasn’t farmers or American consumers.  It was big business, that forced employees to work, even though they were tested and found to have Corona Virus infections.

* THE U.S. HAS BECOME FAR MORE DEPENDENT ON CHINA AND INDIA FOR DRUGS AND MEDICAL SUPPLIES.  For example, I ordered a box of high rated face masks for my office and staff, and when they arrived, the fine print said; “Made in China”.    All along I thought I was buying from an American source.   But it goes further.  Drugs, in mass are made overseas, most of them or their ingredients are manufactured in China and India.    What if, for example, China uses its power to withhold critical drugs to Doctors and Hospitals in the USA?

* Another important issue is the financial stress on American hospitals and health care providers.   Doctors in the USA are retiring or changing professions in great numbers.  Hospitals are closing or filing bankruptcy from coast to coast in the USA.   Some medical doctors and nurses are working 70, 80, 90 hours shifts, many are just exhausted and quitting.  More examples and cases of the virus are impacting doctors and nurses. A rising number of rural areas and small towns are losing their hospitals and doctors.

We have seen shortages of hospital beds, physical capacity and huge, unexpected expenses and financial deficits of hospitals in America.  By 2019 an absence of long-range preparation was reported, but in 2020, it became a stark frightful reality. Lack of long-term meaningful preparation continued in spite of repeated warnings and 100,000, then 200,000 and probably 300,000 deaths of Americans by year end of 2020.

But China suppressed public knowledge of the viral epidemic

All of these matters seriously delayed a timely response of the US or the American medical system to this danger. It now appears that the delays or “downplay” of the danger may have been because of political reasons.

We appreciate and encourage a call of leaders in government, medical, fields of state and national  levels, to seriously, fund and support efforts to thoughtfully plan, create supplies and support equipment, to prepare for future epidemics.  Most professionals in the field report that there will be “bigger” Pandemics, that could have national and international repercussions.   Boothe Global Perspectives did a research study of the 22 largest pandemics in history (see www.bootheglobalperspectives.com and hit the search box for “largest pandemics in history”.

The consequences of pandemics in history has been devastating on economies, political power chaos, public health, and even is related in many cases to wars.

We are looking to the future and welcome broad and open discussions in meetings around our nation, hopefully in early 2021, to bring in the best minds, to discuss:

What can we do, in the future, to prepare for the next pandemic?

It is not our goal to stress mistakes or blame, but to learn from those mistakes and then systematically gather to discuss sources for funds, political education and influential power, and medical minds to create an agency or body focused totally, on “What to do. How to do it better? How to prepare” and then to create a national effort to fund and assure that this organization is effective and relevant.

Credit to and thanks for publications, quotes, and excerpts from sources such as FOREIGN AFFAIRS  and their published article: “The World After the Pandemic” as well as the excellent work and quotes of Michael Osterholm and Mark Olshaker.