ISIS AND THE NEW PARADIGM. The murder of insouciance.

The murder of insouciance, occurred in Paris.

Terrorists and murderers in Paris have done something that 9/11 and destruction of the World Trade Center could not do. 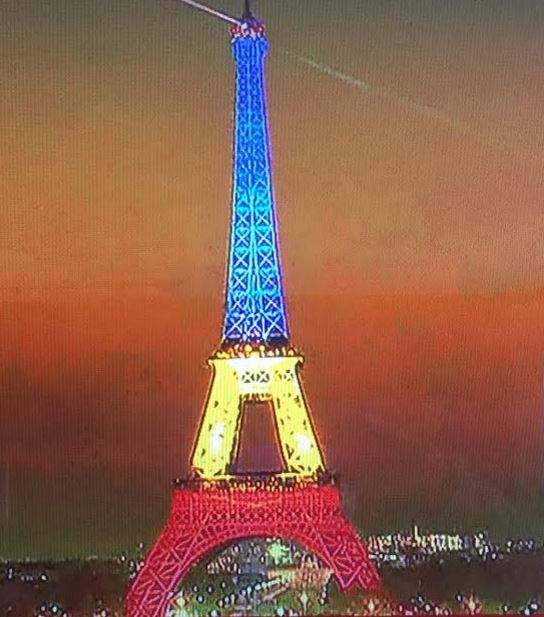 After 9/11, the people of Europe were sympathetic, but soon when the "Axis of Evil" and "War on Terror" brought about questionable wars in Iraq, and Afghanistan, the Europeans, and peoples of the world, lost enthusiasm for efforts of the USA. They considered George W. Bush a gun-slinging cowboy, and had little respect for Dick Cheney.

Now, with the attacks on Paris, there is talk of a world wide effort to deal with ISIS (or DAESH as we prefer to call them, because that is what their opponents in the Middle East call them).  People now clearly understand that this group is different. It's ideology is immoral, not even consistent with the holy book that they claim when they say "Allah Akbar" as they murder innocents.

This is a political war, with an ideology of death and terror. The murderous thugs who attacked Paris, have exposed who and what they are.  It is not pretty.  It is an ugly cancerous ideology, with darkness and hate as it's foundation.  The people of Paris, who watched their fellow citizens executed in senseless bloodbaths of young people, out for an evening on the town, feel this. They did not feel it when religious Zoroastrians were beheaded on video, or when Egyptians were lined up by the ocean and one by one beheaded, or when women were raped and then beheaded or children forced to watch their parents tortured in Syria...there was a "clicking of the tongues" in Europe of  "Oh how horrible". But now, they have seen the blood and they feel the personal attack of savagery in their town, a town that symbolizes freedom, pride, civilization and culture. Paris and those people out to enjoy the evening before the terrorists attacked, knew and represented insouciance.  No more.  The French have closed their borders, have gotten serious, and have declared war.

Light and darkness tend to fight.  Light tends to do away with darkness. The light that we call civilization based upon freedom and intellectual reason, is opposed to a darkness bent upon power, control, judgmental rigidity, torture and death.

Perhaps we could consider them an inconvenience as long as they were relatively contained in the Middle East. Their mentality is born of the Shia vs Sunni conflict, which is centuries old. But when they can put together teams of gunmen who can terrorize cities, world wide, then they become a threat to the civilized, and secular west.  The fact that we have Christian roots, or stress logic and reason above religious intolerance, inflames these evil goons. 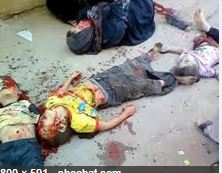 They in the mistaken allusion to religion, kill, murder, rape, steal, burn, destroy, and act in ways that the worst evil doers of history have acted.

Consider your town or neighborhood. If a small group of people firing military weapons, machine guns and bombs walked to your football or basketball games or walked through your neighborhood, your churches, your auditoriums and civic centers what would you do?

You alone, your wife or kids would have a hard time standing up against armed murderers.  Unless you live in a culture like Texas, New Mexico or parts of the American west, where people are armed you probably wouldn't have a clue of how to defend yourself or your loved ones. So, what would you do?   You would ask the police or sheriff or local military people to come in and protect your city and go up against the attackers.   With Daesh making world wide attacks, leaders of the world, are declaring war on these murderous people. The war will be relentless and it will bring about a finality.

US Secretary of State John Kerry arrived in Paris on Monday evening to show support for "America's oldest friend" against what he called "psychopathic monsters". At a G20 summit in Turkey, world leaders promised tighter co-operation in the wake of the attacks. Mr Obama said the US and France had made a new agreement on intelligence sharing but said US military advisers thought sending ground troops to combat Isis would be a mistake. In his address, Mr Hollande (President of France) reiterated his opposition to Syrian President Bashar al-Assad remaining in power but said "our enemy in Syria is Daesh [IS]". He promised more resources for the security forces and said the Charles de Gaulle aircraft carrier would be sent on Thursday to bolster the military campaign against IS.

On Sunday night, French aircraft attacked Raqqa, IS's stronghold in Syria. French officials said 10 jets had dropped 20 guided bombs targeting sites including a command center, a recruitment center for jihadists, a munitions depot and a training camp. It was just a "Hello" from France.

There is no doubt that DAESH will loose. They seem to have a death wish built into their thought system. Any system that believes in brainwashing it's best kids, into strapping bombs onto their bodies or in their cars and blowing themselves up, for the goal of killing another person, have a death wish.  No doubt, those virgins that they are promised in the heaven they are promised, simply will not be waiting for them.  What virgin or heaven would want anything to do with evil murderers, ignorant thugs, brainwashed evil thugs?   Thus, finding soldiers to fight in this new enlivened "War" that the French President has declared, will be an easy battle. These Daesh guys in terms of morality make Hitler and his gang look like nice guys by comparison. Their ideology is warped, but that warping comes from wars, division, hatreds that their region has suffered for centuries.  Such a shame, once, the Arabians were called the people of light and scientific progress. Now from the Middle East we see this stain upon humanity.  One thing we will drop in here.  Look at Iran. The nation, albeit Islamic, has a rich Zoroastrian heritage, a deep intellect and understanding of moral systems.  Iran could be one of the most effective leaders in this new war against DAESH, and as America and Iran learn to trust one another, (because we do have some shared values), this could lead to a long term force to help stabilize the region.