Choosing the Next Fed Leader

Written By The New York Times’s Editorial Board 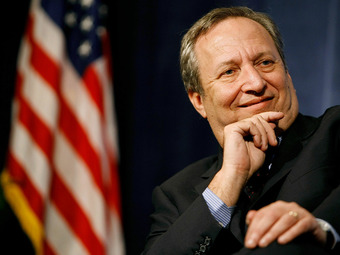 Despite a campaign from allies both inside and outside the White House, the recent drive to install Lawrence Summers as the next chairman of the Federal Reserve seems to be faltering — and with good reason: He is not the best person for the job, as a group of Democratic senators made clear in a letter to President Obama last week calling for the nomination of Janet Yellen, the vice chairwoman of the Fed’s board of governors.

But the group behind Mr. Summers does not give up easily. Composed of protégés of Robert Rubin, the former Treasury secretary who was a leader at Citigroup as that institution careened toward its serial bailouts, some of Mr. Summers’s supporters are now pushing the notion that neither Mr. Summers nor Ms. Yellen should get the top Fed job. The idea is that the supposed rivalry between them — fanned by Mr. Summers’s supporters — has consumed both of them, requiring a third candidate.

That is nonsense. Nothing that has occurred in the past week changes the fact that no one else can match Janet Yellen’s combination of academic credentials and policy-making experience. And no one ever confirmed to the job has come to it with as deep a grounding in both the theory and practice of monetary and regulatory policy as Ms. Yellen would bring.

A Yale educated economist and professor emeritus at the University of California, Berkeley, she was first nominated and confirmed to the Fed board in the 1990s; from 2004 to 2010, she served as the president of the Federal Reserve Bank of San Francisco. She has been vice chairwoman since 2010, a trying time in which the Fed’s largely successful efforts to steer the economy have been made all the more difficult by poor fiscal policy decisions, including the White House’s premature pivot from stimulus to deficit reduction, which happened while Mr. Summers was a top adviser to Mr. Obama.

What has changed in the past week is that the power dynamics around economic policy-making have become more public than normal. Mr. Rubin and his circle — including Mr. Summers; Timothy Geithner, Mr. Obama’s first Treasury secretary; and Gene Sperling, currently a top economic adviser to the president — have dominated economic decisions in both the Clinton and Obama administrations. Most of them were also prominent in Wall Street circles in the George W. Bush years. In the wake of the financial crisis and the Dodd-Frank reform law, the Fed chairmanship has only become more central to the fate of the banks and economy; as a result, they want someone who shares their background and can be counted on to further their views.

Ms. Yellen is not that person, not only, or even mainly, because of policy differences but because she is not part of the fraternity. Indeed, she is reminiscent of other accomplished women with whom Mr. Summers, or his supporters, or both have tangled in the past.

In the end, the choice rests with Mr. Obama. The facts are entirely on Ms. Yellen’s side. Is the president?